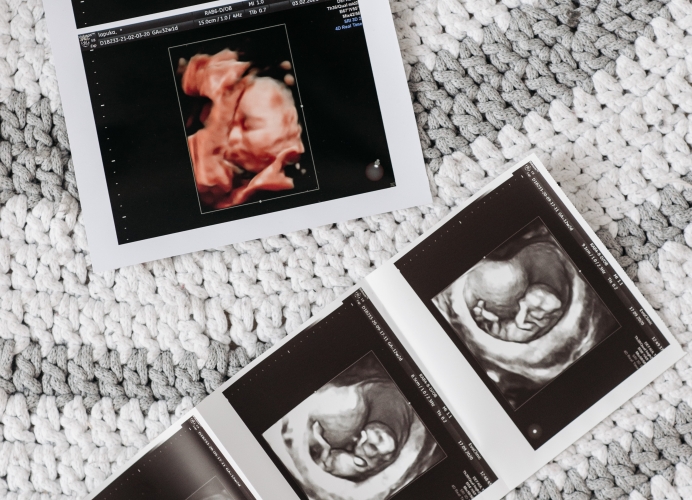 Doublespeak on abortion helps neither women nor children

(Newsweek) There's a certain physics to American politics: for every action, there is an equal and opposite reaction. When the Supreme Court announced it would take up a case challenging core tenets of Roe v. Wade, the pro-choice lobby responded, unsurprisingly, with the introduction of the Women's Health Protection Act, a bill that would make abortion available virtually on demand.

The problem with the Women's Health Protection Act, however, is that women's health is the last thing it has in mind.

Tweet This: "The problem with the Women's Health Protection Act, however, is that women's health is the last thing it has in mind"

As a practicing OB/GYN with more than a decade of experience in the field, I have helped thousands of women through the difficult stages of pregnancy. Together with many of these women, I have witnessed the miracle of life. But I have also witnessed the heartbreak that comes from losing a child before term. When this occurs for women with prior abortions, many have told me the same thing: "I wish I had known."

What my patients are referring to are the complications that arise in later pregnancies as a result of abortions. The majority of abortions that take place in the U.S. are surgical, with medication abortions increasing in frequency—and it's an injustice that many women undergo these procedures without knowing the long-term costs to their own health and the health of their future children.

Tweet This: "I wish I had known" - What my patients are referring to are the complications that arise in later pregnancies as a result of abortions.

Even with advancements in medical science, preterm birth continues to plague modern society, resulting in more than 3 million infant deaths worldwide each year. And abortions are driving that number up. For women who have had a surgical abortion, their risk of preterm birth increases by 30 percent. If they have had two abortions, their risk increases by nearly 90 percent. These women are also at increased risk for lasting cervical trauma, placental problems and postpartum hemorrhage that can put their own lives as well as the lives of their babies at risk. Perhaps most alarming is that the risk of preterm birth in future pregnancies rises 300 percent for women who need surgical completion of a medication abortion.

Elective abortions can exact an immense physical and emotional toll on women later in life. I have seen this suffering firsthand in many of my patients, but one memory stands out among the rest.

It was her fifth pregnancy. The first two had ended with surgical abortions, but the next three were all wanted pregnancies. Tragically, she was unable to carry any of these children to term owing to the cervical damage caused by previous abortions. We did everything we could to keep the fifth child alive, including a special procedure to strengthen the mother's cervix so she could carry the baby until she was viable. But this too ended in heartbreak. Her daughter was born just prior to 21 weeks—too small to survive—and she passed away within minutes, being held in her mother's arms.

I remember weeping with my patient, who was now grieving the loss of her fifth child. The pain she felt in that moment went far deeper than anything I knew how to treat as a physician. She felt hopeless—and I, unable to comfort her, felt helpless. Over and over she said, "I don't think I can do this again." She couldn't go through another pregnancy, knowing almost certainly that the outcome would be just as tragic as the first five. Like so many millions of women across the country, my precious patient had been sold the idea of abortion under the banner of "women's health." She had been sold a lie.

This is what the pro-choice lobby doesn't want you to know: according to the Guttmacher Institute's own numbers, the overwhelming majority of abortions in the U.S. are performed for socioeconomic and not medical reasons. Even so, pro-choice advocates pretend that abortion and women's health are one and the same. They are not, and in fact, there are thousands of cases each year of abortions causing lasting damage to a woman's health.

That's why I take issue with an on-demand abortion bill calling itself the "Women's Health Protection Act." The American people—and American women especially—deserve to know about the serious health risks involved with abortions. They deserve to be told the truth, not fed the lie that abortion and women's health are synonymous.

Tweet This: The American people—and American women especially—deserve to know about the serious health risks involved with abortions.

To be sure, there are instances in which the separation of mother and fetus is necessary to save the mother's life. But this represents less than 1 percent of all "abortions" performed each year. And these tragic previable deliveries are not true abortions—which intend only to produce a dead fetus, rather than a live birth. For example, inducing labor before viability due to chorioamnionitis, or an infection in the uterus, in order to save the mother's life—not with the intent to end the life of the fetal human being—is not considered an abortion (nor referred to as an abortion in speaking with the patient). It is an indicated preterm delivery. Additionally, in this scenario many times the child will be born alive and can then be held in her parents' arms.

Even if the Supreme Court were to strike down Roe v. Wade tomorrow, thanks to existing U.S. law, any woman who needed a previable delivery to save her own life could still receive one, and if this scenario occurs post-viability, then we can simply deliver the child and care for both the mother and her baby. In other words, the laws we have on the books already protect women's health in these rare circumstances. We don't need a new one.

So let's identify the Women's Health Protection Act for what it really is—a Trojan Horse for the abortion lobby to radically expand access to a procedure that, in all too many cases, does long-term damage to a woman's health and the health of her future children.

Outside of the damage this bill would do to women's health, it would also threaten doctors and nurses who conscientiously object to abortion by mandating that they perform the procedure—or lose their jobs. It would likewise undermine parental notice requirements, limits on taxpayer-funded abortion and informed consent laws. The bill seeks to eliminate nearly all state laws regulating abortion, including Mississippi's 15-week abortion ban, which the Supreme Court is evaluating in Dobbs v. Jackson Women's Health Organization.

The pro-choice lobby has maligned the Mississippi abortion ban as an attack on women's health when, once again, it is the exact opposite. Abortions taking place after 15 weeks of pregnancy are surgical abortions that put women at a much higher risk of preterm birth and significantly increase the neonatal mortality rate, especially among minority populations. An attempt to curb surgical abortions, therefore, can preserve maternal health as well as the health of unborn children, who we now know are capable of feeling pain at 15 weeks.

The push for an on-demand abortion bill in Congress and the campaign against Mississippi's 15-week abortion ban are attempts to reinforce the house of cards upholding Roe v. Wade. Abortion advocates know that if the Supreme Court rules in favor of the Mississippi law, it will call into question the viability threshold of 24 weeks established by Roe. Thanks to advancements in medicine, survival of extremely premature infants is now possible after just 22 weeks of gestation. Because viability is a moving target, it was never a reasonable standard for abortion law to begin with.

Whether the issue is viability, fetal pain or maternal health, medical science increasingly vindicates the pro-life position. It's time for pro-choice advocates to accept the science. It's time for them to be honest and upfront about the health risks associated with abortion. And it's time for them to stop hiding behind doublespeak, like "women's health" or "reproductive choice," that is doing active harm to both women and children.

Editor's note: Dr. Christina Francis is a a board-certified OB-GYN practicing in Fort Wayne, Indiana, and chair of the board for the American Association of Pro-life OB-GYNs (AAPLOG). This article was published by Newsweek and is reprinted with permission. For more information on AAPLOG click HERE.