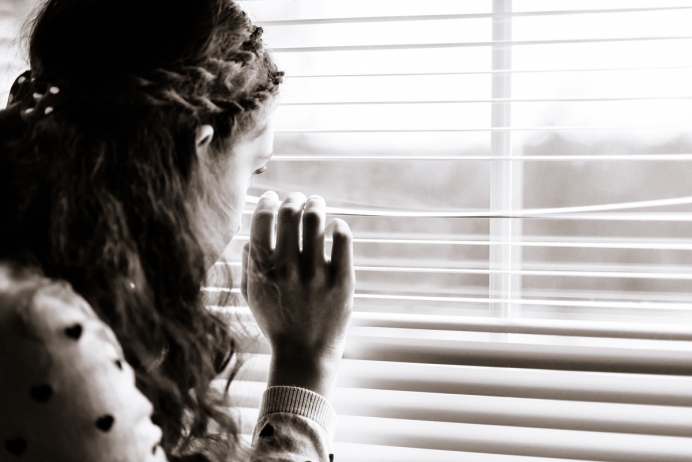 Why are Pregnancy Centers "Not Illegal"? (Part II)

Today, we’ll wrap up the “separation of church and state” discussion, and move onto the third “prong” of the proposal.

So, is the government complicit in violating the Constitutional value of “separation of church and state” by its alleged funding of pregnancy help organizations?

A good place to start would be the Government Accountability Office’s March 2015 report, which shows that from 2010 to 2012, the top 6 abortion providers and supporters in the U.S. received into the hundreds of millions of dollars in taxpayer funding to promote their causes.

This far outweighs any amount that government allegedly grants any and all pregnancy help organizations in the entire country. Ms. Winter makes no mention of this whatsoever in her article, but attacks PHOs on the basis that one PHO in Pennsylvania gets reimbursed $2 by the state government for every act of helping a woman in a crisis pregnancy.

As we covered yesterday, the allegation Ms. Winter makes in Cosmopolitan, that Congress set aside $75 million for an abstinence program in Arkansas, does nothing to prove a charge of violating the oft-misunderstood separation of church and state.

Abstinence education is not “religious” in nature; it involves exactly what the abortion industry purports to do – educate citizens with regard to sexual activity, reproduction, and its consequences.

Medical malpractice and the unlicensed practice of medicine:

If PHOs are committing medical malpractice, what “damage” does a pregnant woman sustain by visiting a PHO? As I addressed with regard to Ms. Winter’s consumer fraud claim, the legal system in the U.S. does not recognize that carrying a pregnancy to term (that is, giving birth to a child) is a damage or harm.

If pregnancy itself were a harm or damage under the law, every woman would have the legal right to sue the father of her child for having impregnated her.

Tracing the trail of actual malpractice

So let’s talk about real cases where women have claimed medical malpractice by physicians and other medical personnel who are licensed to practice medicine.

In Chicago alone, Family Planning Associates, a local abortion provider, has faced at least 15 such lawsuits since 1991, while Planned Parenthood has faced more than 10 since 1995. In fact, Family Planning Associates’ Albany clinic location is currently facing license revocation by the Illinois Department of Public Health for a litany of sanitation and other violations.

This investigation included a finding by the Department that one of its abortionists (a licensed medical physician) left three post-abortive women in recovery behind as she left the clinic in an ambulance with a patient injured under her care.

Keep in mind that none of the cases against abortion clinics involved a plaintiff who claimed that she suffered physical or emotional damages because the provider believed in Christ or held a religious belief that was imposed on her.

The reality is that telling a pregnant woman that the center doesn’t do abortions won’t cause ANY of the very sad and very tragic physical and emotional damages suffered by women who have visited abortion clinics.

Certainly, no woman has ever died from visiting a PHO. The same cannot be said of many abortion clinics.

As to Ms. Winter’s allegation that PHOs are committing malpractice through the unlicensed practice of medicine, this is a wholly unfounded claim. Pregnancy help organizations that provide medical services do so “under the supervision and direction of a licensed physician,” according to the Commitment of Care and Competence, which is the ethical code of practice for membership in Heartbeat International, Care Net, NIFLA, and many other national groups.

Tweet This: Unlike many abortion providers, PHOs are not sued for any form of malpractice. #DefundPP

And, unlike many abortion providers, PHOs are not sued for any form of medical malpractice.  These licensed professionals work within the scope of their license and training to provide accurate medical information to women (and men) who visit PHOs.

And again, these women NEVER leave a PHO with a perforated uterus, heavy bleeding, infections, or severe life-long emotional scars. And in the wake of the recent revelations about Planned Parenthood, they don't have to wonder the next day or years later if the PHO is selling off their children’s body parts.

I recognize that Ms. Winter is not an attorney and that Slate.com and Cosmo do not exactly provide the best forum for good legal arguments. But, as an attorney and someone who works for a PHO, I’m appalled at how cavalier Ms. Winter is in making such strong legal accusations against PHOs while refraining from looking at what goes on in the abortion industry.

As stated, the reality is that a woman entering an abortion clinic faces far greater physical and emotional risks than one who enters any PHO in this country.

At least one thing can be said about PHOs that can’t be said about abortion clinics:  100 percent of the women visiting a PHO will leave alive.

Anna Velez, JD, serves as Director of Communications and Research for The Women's Centers of Greater Chicagoland, a Heartbeat International affiliate.