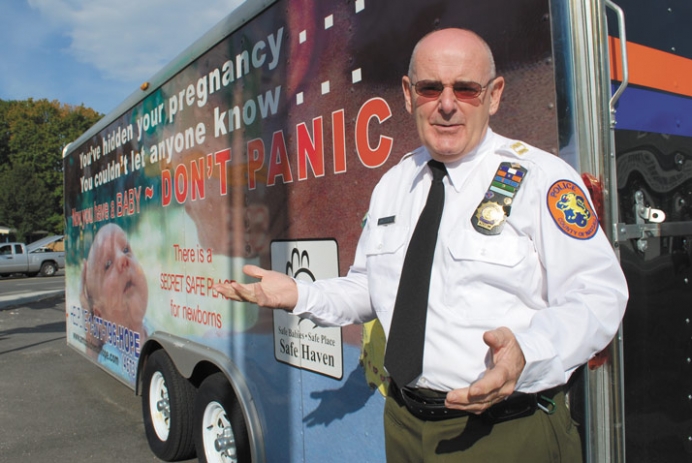 Tim Jaccard is the Founder and President of the AMT Children of Hope Foundation Photo By: Long Island Press

What is a Hero? Courageous Mom Finds Hope through Safe Haven

As we hear the word "hero," have you ever asked yourself the question “what is a hero anyway?" I have asked that question many times and have spoken to many people about this.

Is a hero someone we simply admire, respect and look up to? Is a hero some kind of "superhero" with "super powers?”

Why do we have such a relationship with the word "hero?"

Heroism is not random acts of kindness as great as they are. Heroism is very special. A hero is not someone you simply admire or respect. A hero is a very distinct person. Each and every day around us there are those who need a hero:

Now, truth be told, we all want to be heroes.

Tweet This: Truth be told, we all want to be heroes.

We all want to make that difference in that moment of time that will dramatically impact the situation and even foster change. Keep someone safe, Keep others safe. Stand up for what is right and just.

As I travel the country and speak to audiences of hundreds of people about Baby Safe Haven — and then have the chance to speak one-on-one with many of them — I have yet to meet anyone who doesn't want this.

We all simply desire the ability and the power to act freely and without restraint to make this kind of difference.

Last summer, I met a hero. She was a young woman who called the safe haven hotline and asked for help. I will call her Jane Doe.

Jane told us about her ordeal in detail. One day in 2013 nine months earlier, Jane wanted to celebrate Thanksgiving before the school break and went to a party just outside campus. Jane said that it was so crowded that it took 15 minutes to get to the bar. As the evening progressed Jane began to feel light-headed and gave the appearance that she was intoxicated.

She had only one drink.

Jane left her drink on a table as she talked to some of her friends and party-goers. The last thing she remembered was someone helping her leave the party. In the morning, Jane awoke in an empty dorm room by herself. She realized that she had been given a date rape drug the night before and was raped.

Jane called her parents and went to the hospital. In the late days of November, Jane discovered that she was pregnant.

She told her mother and father that she did not want this baby, but was torn with what to do. Jane believes that all life is a gift from God and that He would help her through this.

An abortion was out of the question. Jane did not want anyone other than her parents to know about this. Meanwhile, the police were unable to find the evil person or persons who did this to her, even with DNA evidence.

Jane continued to go to school, trying her best to avoid contact with as many people as possible. May came and Jane graduated, but she didn’t go to her graduation. She stayed at home, thinking every day about what options to take.

She looked on the internet about adoption or other alternatives. She thought of having her parents help her raise the child, or the possibility of placing him/her into the safe haven program.

In late July, “Whitney,” one of the baby safe haven hotline counselors, called me in the evening and informed me that she had a woman on the phone who needed help and gave Jane my number.

She was soft-spoken and had 100,000 questions. We spoke for over an hour, with sadness and laughter mixed together. Jane asked if we could help her when the time comes. In the end, Jane chose the safe haven program. I spoke to Jane’s mother a week later, and answered her follow-up questions.

For the both of them, “God is their super hero.”

Yes, I know that many of us have a different meaning for the word "hero." You may think it's narcissistic, egotistical, or self-promotional. You may even think that it's something to be bestowed on you rather than a self-acclamation.

I also believe that many of us may have a very cynical and resigned relationship to heroism. It may come from a time when we tried to be a hero — to take a heroic action and it didn't go well or have the effect we needed it to be. Or maybe we wanted to be a hero for someone, and never took the actions necessary to make that difference.

In those moments of time, we make a decision that we can't be a hero — we don't have what it takes. It was a good idea at the time — however, "I must not be good enough to be a hero." These decisions may have been validated by subsequent events. Actually, the older we become, the more evidence we have gathered to prove them true.

Jane is my hero. She proved to herself that whatever decision she makes will be the “best of the best” for the time of her decision.

As Jane’s due date came closer, we began to make plans with the hospital to make sure the staff was fully informed about the safe haven law. As usual, the call came late in the evening.

Jane was in labor and her water broke. Her mother was taking her to the hospital as we prepared the hospital for her arrival. Jane gave birth in the early morning hours. Her daughter was healthy and Jane was doing well.

The next day after medical clearance, Jane and her mother left the hospital and “Baby Girl Hope” was placed into the safe haven program for her journey in life. The social worker at the fact-finding hearing was given a background history of Jane, and a request that her daughter be placed with a Christian family.

Jane wrote a letter to her daughter, which was given to the adoptive family. Jane called me a week later and was doing very well. She thanked God for sending us to her.

In our conversations after birth, Jane laughed about, “If you have lemons it is best to make lemonade.” Jane, you are my hero.

Timothy Jaccard is the Founder and President of the AMT Children of Hope Foundation. A full-time paramedic for the Nassau County Police Department, Long Island, NY, he works endlessly and passionately to educate and prevent the abandonment of infants.