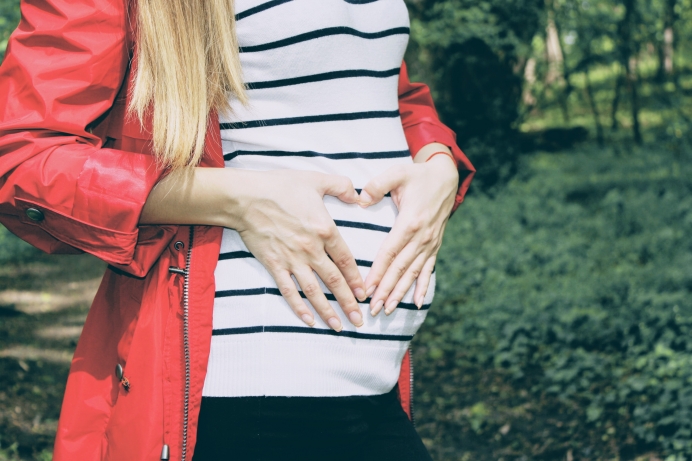 The abortion industry and its supporters make the audacious unsubstantiated claim that abortion would be safer for women if it were legalized without restriction, that it would improve women’s medical care. After Roe v. Wade obliterated abortions laws in all 50 states, women have paid the highest price, according to Americans United for Life’s (AUL) Unsafe report, an introspective look into America’s abortion industry conditions.

The report is titled, Unsafe: America’s Abortion Industry Endangers Women, and AUL explains it is the “first comprehensive, 50-state investigation and analysis of all publicly available abortion facility inspection reports generated over the past 10 years.” (p.34) AUL’s legal staff studied 25,000-plus pages of documents retrieved through the Freedom of Information Act covering 1,300 abortion facility reports from 39 states.

Yes, you read that right, only 39 out of 50 states are conducting inspections in abortion facilities. This jarring fact paired with the voluntary reporting from abortion clinics raises incredible concerns for women who have fallen through the cracks of this incredibly flawed system.

AUL addresses the need to change the voluntary reporting to mandatory, stating, “We must know the method an abortionist chooses to end the life of a child in utero and whether that method is influenced by a desire to sell her tissue for research. We must know how many children are born alive during a failed late-term abortion. We must know how many times an abortionist has sent a woman to the hospital with a potentially deadly complication.” (p.12)

This raises the question: if abortion is “so safe” since being legalized by Roe v. Wade, where are the stats, stories, and numbers to substantiate this? Why are abortionists so tight lipped? If abortion is so wonderful, safe, and fool proof, where is the transparency?

Knowledge is power and being equipped with all the facts is crucial to improving medical care for women. How can the highest quality of care for women be possible if abortionists are not required to be forthcoming with the real unfiltered effects abortion has on the women they claim to care for? It leaves too much freedom to sugarcoat the facts and not enough accountability to uphold truth. Women deserve to know exactly what they are signing up for, regardless of their choice, being fully informed is their God-given right, not a privilege to be given out at random by abortion giants.

The following is the categorization system that the Unsafe report covers:

● Unsafe handling of medications and testing

Within the walls of these abortion facilities as documented in the investigative Unsafe report, people are being abused, rape of children and adult women covered up, women sent away without any outpatient care or monitoring, resulting in senseless deaths and trauma. These people do not have to die. These people should not have to live without justice for the atrocities committed. Women are still being fed outright falsehoods about the risks of abortion.

Planned Parenthood claims that, “In-clinic abortion is one of the safest medical procedures you can get. Abortions are similar, in terms of level of risk, to other gynecological procedures that take place in doctor’s offices every day. Unless there’s a rare and serious complication that’s not treated, there’s no risk to your future pregnancies or to your overall health. Having an abortion doesn’t increase your risk for breast cancer or affect your fertility. Serious, long-term emotional problems after an abortion are rare, and about as uncommon as they are after giving birth. Most people feel relief after an abortion.”

This is the rhetoric perpetuated by abortion giants like Planned Parenthood so they can make maximum dollar amounts off innocent women and unborn babies. The risks are real and life threatening. If you survive the abortion, the aftereffects mentally are excruciating. But don’t just take my word for it. Ask a woman who has lived through the experience.

If that were true, why would Catherine Glenn Foster have become president and CEO of Americans United for Life as a post-abortive woman herself? She brings incredible insight to this situation, as she explains:

“Compiling Unsafe brought back all of the trauma of my own abortion story. From the moment I entered that abortion facility, nothing felt right. No information, no care, no compassion. Nothing restored my choice, my autonomy, or my sense of empowerment. They were just stripped from me over and over. The abuse chronicled in Unsafe shows the suffering of women and girls, like me, pushed towards abortion and gravely mistreated by the profit-driven abortionists. We should all feel ashamed. Women deserve better.”

The facts simply do not align with Planned Parenthood claims. Even at the 21-week mark of pregnancy, killing the child at that point is still 91 times more dangerous to the mother, than finishing out the pregnancy. But this is clearly not what we are seeing abortionists tell women who come in lost, hopeless, and scared. They are alone and vulnerable, and abortionists are capitalizing on their need. It is despicable.

AUL elaborates on this, saying, “Abortion apologists have relied on a chronic lack of evidence to the contrary, a state of affairs that pro-abortion lawmakers in many states have perpetuated by refusing to mandate reporting abortion data and abortion complications to the U.S. Centers for Disease Control and Prevention (CDC)”.

Since Roe v. Wade, are women really safer? Has the blanketed legalization of abortion really saved lives? Or has it cost us more than we even knew we would pay? Simply put, the abortion industry is money hungry, and when money is the priority, care for women isn’t. Regardless of the divide on this crucial moral issue, keeping rapists safe, killing women who should've lived had they had better medical care, turning a blind eye to sexual assault in the workplace, the careless mishandling of narcotics; to say you are pro-women’s health and for abortion is incongruous. The two absolutely cannot stand together. We must petition lawmakers and be heard. We must make reporting all information regarding this issue mandatory. We must ensure every person seeking help receives it, without agenda or manipulation to benefit a bank account. Any money-driven cause is not a cause for humanity or for truth. Rather, it is a cause for evil that can never be filled, no matter how many lives it devours in the process.

Tweet This: Since Roe v. Wade are women really safer? Has legalized abortion really saved lives? Or has it cost us more than we even knew we would pay?

Mass legalization of abortion has not helped women. It has cost innocent lives of the unborn and the mothers who carry them. It’s cost the dignity and safety of our medical care workers and truth-tellers who have tried to speak out for those being abused and, in the end, were silenced. Let’s be informed, speak out and spread the truth: that Roe v. Wade was never a ruling for women, but to fill the abortionists' pockets. I agree with President and CEO of AUL Catherine Glenn Foster: women deserve better.