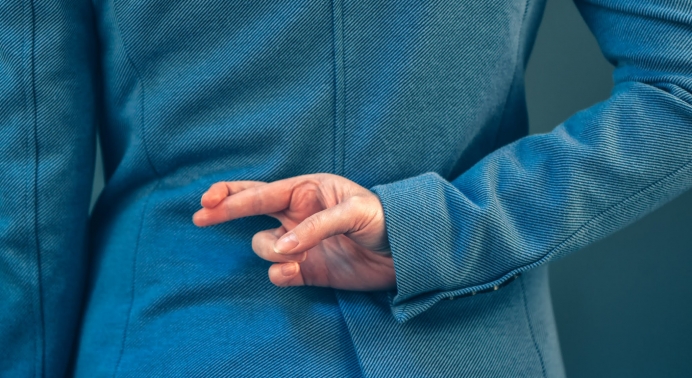 If you don’t want the truth, don’t ask

There have been many instances of media bias against the pro-life movement. This is nothing new.

We understand that many in the mainstream media are pro-abortion. Just see articles here, here, and here for recent examples. In fact, it’s come to where media bias is to be expected, depending on the reporter requesting for an interview.

Still, a professional courtesy has remained among pro-life supporters such that while we may not agree with the person reporting, we trust they will report the facts. Rewire.news decided to test that courtesy and trust this past week.

While reporting on a recent flawed study regarding abortion regret, Rewire reached out for a comment from Heartbeat International, the world’s largest network of pregnancy help organizations.

The study, conducted by a group that usually produces research with a pro-abortion bias, purported to show that most women do not regret the decision to have an abortion, and has been criticized for having skewed results.

The fact that many women experience post-abortion regret is as established as conventional wisdom in the pro-life community at least as much as is awareness of pro-abortion media bias.

The response provided to rewire from Heartbeat International’s Director of Medical Impact, Christa Brown, BSN, RN, was as follows:

Every woman deserves to know the whole truth about abortion; that includes the facts about her unborn child, and the choices she can make every step of the way.

We know that women do regret their abortion—More than 24,000 women sought out and received abortion recovery services at their local pregnancy center in one year.

Sometimes that regret sets in right away. That's what happened to Rebekah. Thankfully, a doctor within the Abortion PIll Rescue Network administered timely treatment to save her son who was born in 2014. Rebekah is one of nearly 1,000 women who have successfully stopped their abortions and saved their children through Abortion Pill Reversal.

What did Rewire publish for Heartbeat’s answer?

In the article posted on January 15, 2020, authored by Tiffany Diane Tso and titled, A New Study Destroys the Central Argument Behind ‘Abortion Reversal,’ Rewire stated the following:

“We know that women do regret their abortion,” Christa Brown, director of medical impact for the anti-choice Heartbeat International and manager of the Abortion Pill Rescue Network, said in a statement to Rewire.News. Brown cited women who have visited anti-choice pregnancy centers after their abortions, but provided no data or research to support her claim. [emphasis added]

It was interesting to see the statement in print that Heartbeat had supposedly “provided no data or research,” given that in our response we specifically linked directly to the Charlotte Lozier Institute’s Pregnancy Center Services Report which had provided us with the data point on thousands of women who regret their abortions.

To Rewire’s credit, once we addressed the issue of their statement that Heartbeat had provided no data with them, they updated their article to read, “Brown cited the number of women who have visited anti-choice pregnancy centers after their abortions, based on surveys of the anti-choice centers.”

Whether this was an intentional misstep or an oversight in their editorial process is unknown.

Tweet This: "We know that women do regret their abortion—More than 24,000 women sought out and received abortion recovery services [] in one year"

What we do know is that the first publication of this article could have damaged the credibility of Heartbeat International and Christa Brown with its flat-out false statement. Just how much damage to Heartbeat’s and Brown’s good names is, though, another unknown.

According to Rewire’s About Us page, “Rewire.News is an award-winning, nonprofit daily online publication devoted to evidence-based reporting on reproductive and sexual health, rights, and justice, and the intersections of racial, environmental, immigration, and economic justice...Our work is intended to fulfill the core role of journalism in a democratic society by fostering public knowledge and dispelling misinformation on issues more commonly shrouded in misinformation and ideology. [emphasis added]

For a publication devoted to “dispelling misinformation,” they really seemed to have missed the mark on this one.

Even with the update, Rewire still failed to effectively acknowledge the evidence that women regret abortion - a very important fact that countered the narrative of the article. So much for “evidence-based reporting.”

You broke our trust, Rewire. We know and expect that your articles will have a very pro-abortion slant. But to blatantly state an untruth within an article - especially after going out for and receiving the information - insults and defames your interview subject, certainly does your readers no service, and exhibits a lack of journalistic integrity.