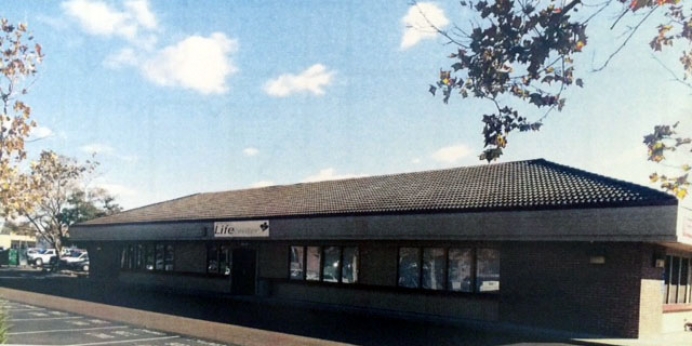 Center to Double in Size, Offer Options in Heart of Abortion Zone

Sacramento Life Center will have a new home in the spring of 2016, as the pregnancy help medical clinic seeks to serve more women than ever before.

Currently operating out of a second-story office with no signage and no parking for their clients, the upcoming move will relocate the clinic to a more urban area, close to a high school and a nearby a large shopping mall, with plenty of parking and large signs visible from a major boulevard.

A generous donation from a board member set the stage for Sacramento Life Center’s imminent upgrade to the corner of Bell St. and Arden Way.

“It’s something that we’re just so excited and thrilled about,” Marie Leatherby, the clinic’s director since 2011, said. “In spite of the culture and government that doesn’t seem to like our work, to have the backing of people who know what we do is good and right and helpful to women.”

Leatherby has been an outspoken opponent to California’s so-called “Reproductive FACT Act,” which would force life-affirming pregnancy help centers and medical clinics throughout the state to post government-specified signage telling clients how and where to access a state-sponsored abortion.

While multiple motions for injunctions to halt the Jan. 1 effective date of the legislation are in play, Leatherby and her team hope the move to an area where the abortion industry is a pregnant woman’s only choice will have a more lasting effect in the community.

Just a mile down the street from Sacramento Life Center’s new digs stands Women’s Health Specialists, an abortion facility that is celebrating its 40th anniversary this year. Choice Medical Group, another abortion provider, is 2.5 miles to the east, while Family Planning Associates—in business since 1969—is 2.5 miles to the west.

“We’re able to secure a building in a part of town that will be twice the size of what we have,” Leatherby said. “It will have more street visibility, signage, and parking. It’s in an area where there’s three abortion clinics, so we’re right in the heart of it."

The relocation to an area previously dominated by abortion clinics is one of many within the pro-life pregnancy help community over the years, as life-affirming ministries compete with the abortion industry for clients.

In July, Life Choices Women’s Center in Alamonte Springs, Fla., began serving clients in a building that shares a parking lot with an abortion clinic, while another Florida pregnancy center, Heartbeat of Miami, has seen three abortion businesses shut their doors since they began serving clients in 2007. Two of those closed abortion clinics have since become locations for life-affirming help.

At the southern end of California, Turning Point Pregnancy Resource Center in San Diego currently shares a wall with an abortion clinic.

“Many women that come to our clinic are out looking for abortion businesses,” Jeanne Pernia, client services director at Heartbeat of Miami. “Even to the point where there’s an abortion business down the street, a lot of women see our pregnancy help center, they think it’s an abortion center, but we tell them that it’s not, and they’re open to hearing what an abortion really is, because [the conversation is] free. It gives them the opportunity so that they can get the information that they need.”

Leatherby and her team are working on a capital campaign to be able to pay off the mortgage on the new building within two to five years so they can operate mortgage-free, and put that money towards patient services.

The clinic is hoping that their new location and large signage will allow them to double the amount of women they currently serve.

“Last year we had 2,200 medical clinic appointments,” Leatherby said. “We’re hoping to get close to 4,000 medical appointments between our two mobile clinics and our new location.”

Operating on community support since 1972, Sacramento Life Center currently offers services including free pregnancy tests, well women exams, free STI testing, and was one of the first centers in the nation to add free ultrasounds in 1998.

“The ultrasound is a mighty tool to help patients see what’s going on,” Pernia said. “Once they hear the truth of what abortion is and what their real options are in regards to parenting or adoption his gives them a whole different outlook. Then they get the opportunity to find out exactly what’s happening.”

While they will continue to offer free pregnancy tests and ultrasounds, and well-woman exams, Leatherby would also like to offer additional care for women during and after pregnancy.

“I’d like to expand to prenatal care visits,” Leatherby said. “And we’d like to do a full on big baby boutique, baby needs room and to definitely expand that for moms, and also a classroom so we can hold larger parenting classes. [We’d like to] expand our educational portion too, as well as teen education classes, a REAL Life program, teaching kids how to make great choices in their lives, abstinence programs on the kids’ level, and a separate space for dads too.

“Everything we do, we’ll be able to enhance.”

Tweet This: @SacLifeCenter one of first #prolife pregnancy ctrs to add u/s services.

The new building will also allow Sacramento Life Center to become only the second pregnancy center in California, after Alternative Women's Center in Escondido, to achieve a triple AHC federal accreditation from the Accreditation Association for Ambulatory Care, Inc., signifying the clinic meets or exceeds nationally-recognized high standards for patient care.

Leatherby plans to have Sacrament Life Center’s new licensure complete and the remodeling of the new facility finished by March 2016.