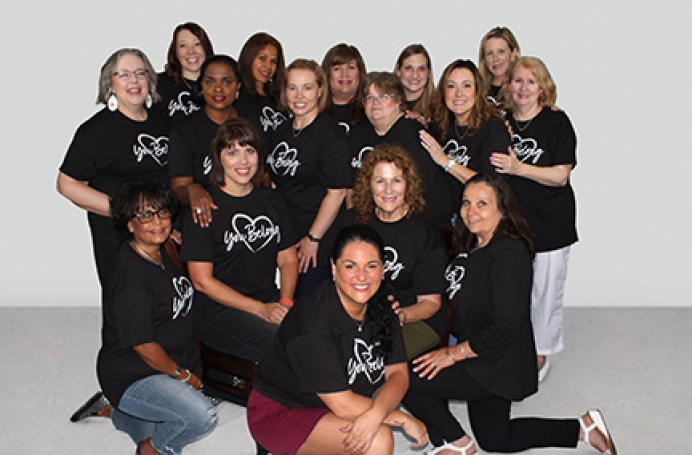 Abortion survivors from across the U.S. make history with this first annual retreat. Melissa Ohden via National Right to Life Committee

(NRLC) Imagine it taking multiple decades and a steady accumulation of credible evidence for your story to be acknowledged, believed, cared about, and fought for.

Imagine existing in a world where the very thing that nearly ended your life is normalized.

Imagine an opportunity to finally come to grips with being someone who was born alive despite an abortion attempt(s). Welcome to the world of—the journey of–the abortion survivor.

Add to that the first of what we hope will be an annual  abortion survivors retreat which took place [the] last weekend [in July] in Schulenburg, Texas.

Melissa Ohden, founder of the Abortion Survivors Network, is armed with the story of abortion survival at 31 weeks gestation, substantiated by her own birth mother’s testimony. Nonetheless, she lives in a world where what happened to her in 1977 is dismissed as a fairytale or diminished as “a thing of the past” designed just to threaten the existence of legalized abortion rather than unlock secrets and heal hurts.

Melissa recognized her own desire to break the isolation of a world seeking to silence abortion survivors. How? By meeting others with shared experience who would understand her story.  Melissa began a personal journey, but that is only one thread of a larger narrative. Recognizing a need greater than that of one individual , she launching a global reaching non-profit network designed to unite abortion survivors with information, education, healing support for parent and child, and advocacy.

To that end, she dreamed of a retreat, a space, in which survivors could recognize the community built over years. That space was Schulenburg,  a small city in Fayette County, Texas.

“You Belong” was the opening dialogue Melissa shared with 17 abortion survivors, ranging in age from 41-76 whose lives were nearly ended by abortion both before abortion was legalized in 1973 and after.

Some have birth certificates, others have only an acknowledgement of a live birth with a year. There were survivors of saline abortions, surgical abortions (dilation & curettage), vacuum aspiration abortions, pre-term induction and more. Survivors of at-home abortion attempts mingled with those whose lives were almost ended in medical facilities. Singleton births met twin survivors.

“You Belong” seems quite simple, but those are the words left unsaid when you’ve experienced trauma in the womb, trauma within your childhood, made choices out of the feeling of inescapable generational trauma including abortion, sought to be loved, and experienced abortion in other ways before even knowing your own survival story.

“You Belong” are the words missing in every state and country that fails to require reporting guidelines that ensure accurate statistics on abortion survivors.

“You Belong” are the words sought in every whisper of reaction to an abortion survivor’s story.

Tweet This: “You Belong” was the opening dialogue Melissa Ohden shared with 17 abortion survivors at a recent retreat

Karen, a 76 year old survivor, reflected that “it was a safe place to share our stories for healing to take place.” She expressed her gratitude for the “camaraderie, mutual love and connection” that she felt.

Abortion survivors live in a world that celebrates and normalizes the act that was meant to end their lives: abortion. The hardships they have survived are met with rejection, like their life began.

Tweet This: Abortion survivors live in a world that celebrates and normalizes the act that was meant to end their lives: abortion.