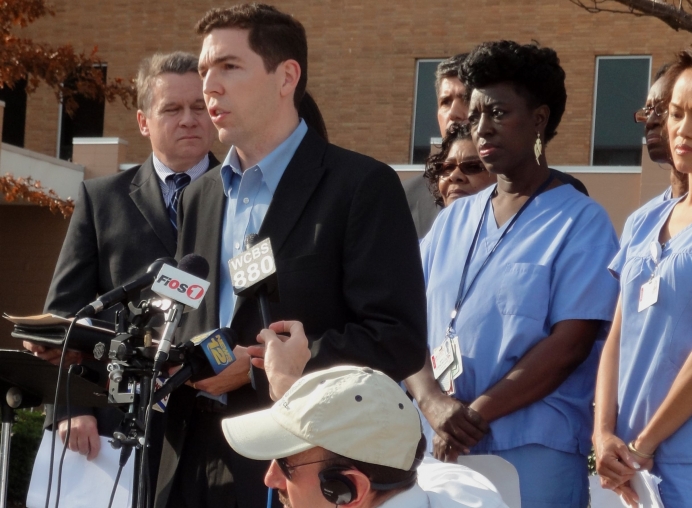 The fate of free speech protections guaranteed by the First Amendment is now in the hands of the 9th U.S. Circuit Court of Appeals, following a hearing Tuesday morning to reverse a lower court’s ruling that allowed California to enforce the so-called “Reproductive FACT Act” while the lawsuit is pending.

The court heard oral arguments from Alliance Defending Freedom (ADF), Pacific Justice Institute and American Center for Law and Justice (ACLJ) lawyers, who urged justices to grant a preliminary injunction against a law that would force community-funded pregnancy help organizations throughout the state to post signage referring for abortions in violation of their life-affirming values.

Matt Bowman, Senior Counsel for ADF, the question is whether forcing pro-life state-licensed medical clinics to publicize state-funded abortions—in violation of their conscience—is the only way California can publicize its message.

“The judges had a lot of probing questions about how this law could injure freedom of speech by the government forcing people to promote its message,” Bowman said.

Called the “Bully Bill” by its pro-life opponents since its introduction in the State Assembly in the spring of 2015, the “Reproductive FACT Act” was signed into law by Democratic Gov. Jerry Brown in October of 2015.

Francis J. Manion, Senior Counsel for ACLJ, argued the state’s failure to pursue a legitimate means of advertising its own abortion services and instead compelling privately funded pregnancy centers and medical clinics to speak the government’s message was a glaring factor calling for a reversal of the lower court’s ruling.

“[The state hasn’t] carried the burden of showing they attempted to adopt alternative means of getting their message across,” Manion said. “The government tries to respond to that by saying it would require a use of government resources, but you have to question—would that use of resources be less than or more than policing and prosecuting the hundreds of crisis pregnancy centers that the act would require here.”

Reached for comment by Pregnancy Help News after the argument, Manion said the justices had done their part by asking thoughtful questions of both sides.

“I’d say everybody got a fair shake and we just wait to see what they decide,” Manion said.

The law would force 75 state-licensed free ultrasound facilities to give each client the following disclaimer, which includes the phone number of a county social services office where a client could obtain an abortion covered by Medi-Cal.

“California law already prohibits individuals from inaccurately portraying themselves as doctors or other medical personnel,” Danielle White, Legal Counsel for Heartbeat International, said. “The purpose of this law is to target life-affirming pregnancy help organizations and force them to speak the government’s message.

“If California wishes to communicate the message that abortion is one of many legitimate choices in an unplanned pregnancy, it has countless ways to do so that would not involve demanding private life-affirming ministries to refer for abortions.”

In Tuesday’s oral argument, Bowman pointed out that, if the law was to be enforced, it would mean that non-licensed pregnancy centers in the state—which offer peer counseling and material support but not medical services such as ultrasounds and STI testing—would need to post the disclaimer in as many as five threshold languages in every instance of online or print advertising.

Responding to Bowman’s argument, Jonathan Eisenberg, counsel representing California Attorney General Kamala Harris said he was unfamiliar with how the law would be applied throughout the state.

“I’m not sure that the statute has been worked out at that level of detail,” Eisenberg said. “I guess I could see that there might be a problem.”

A decision by the three-judge panel in the appeal of A Woman’s Friend Pregnancy Resource Center v. Kamala Harris is expected to be announced in the coming weeks.

Tweet This: "I guess I could see where there might be a problem." #ab775 #California #prolife @AllianceDefends