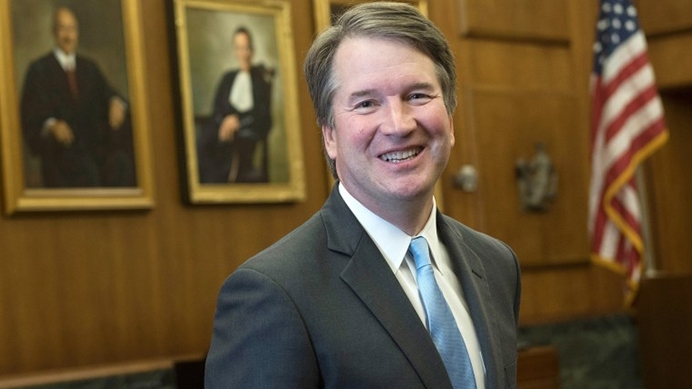 Judge Brett Kavanaugh was confirmed as an Associate Justice of the Supreme Court of the United States Saturday afternoon.

After a long confirmation process ahead of the 2018 midterm elections, the U.S. Senate confirmed Judge Brett Kavanaugh to the Supreme Court of the United States.

Replacing former Justice Anthony Kennedy—the Court’s renowned swing vote on abortion—Kavanaugh could significantly impact the direction of the Court on one of the most contested issues of our time.

During confirmation hearings before the Senate Judiciary Committee, Kavanaugh acknowledged that Roe v. Wade—the infamous 1973 decision that legalized abortion through all nine months of pregnancy—is “important precedent.” Yet his rulings as a D.C. District Court judge have narrowly interpreted that precedent, leading many in the pro-life movement to support his nomination and confirmation.

In one ruling, Kavanaugh defended religious liberty, siding with Priests for Life in their lawsuit against the Obama Administration’s contraception mandate. In another, Kavanaugh dissented from a decision which required the Trump Administration to facilitate an abortion for an illegal immigrant teen girl, arguing that the government has a “permissible interest in favoring fetal life, protecting the best interests of a minor, and refraining from facilitating abortion.”

With Kavanaugh confirmed to the Court, attention now turns to how the confirmation process will affect the polls in next month’s midterm elections. If 2018 looks anything like 2016, Kavanaugh’s confirmation may just give pro-life candidates an edge.

Exit polling from Election Day 2016 found that one in five voters identified the Supreme Court vacancy left by Justice Antonin Scalia as their most important issue. Those voters overwhelmingly supported Donald Trump (57 percent to 41 percent) who promised to nominate only pro-life Supreme Court justices.

Susan B. Anthony List is one pro-life group that has been working hard to reproduce those same results.

An August 2018 poll commissioned by the group showed that in battleground states like Missouri, North Dakota, Montana, West Virginia, and Indiana, an average of 75 percent of voters wanted their Democrat senator to confirm Kavanaugh.

As the race to November quickens, one segment of the pro-life movement says it’s keeping its attention on serving women, men, and children in need, maintaining great hope for the future.

“While our hope is not in the courts but in God, we are optimistic that Judge Kavanaugh will help move the highest court in the land back in the direction of life,” said Jor-El Godsey, president of Heartbeat International—a worldwide network of more than 2,600 pregnancy help organizations. “Should Roe be overturned one or ten years from today, the pregnancy help community will be at the ready to love and serve the millions of women in need of our compassion and support.”

Tweet This: Kavanaugh confirmed, moving Court back in the direction of life! #prolife #KavanaughConfirmation

Since Roe was decided in 1973, approximately 60 million children have been aborted in the United States, with nearly 1 million occurring in 2014, the most recent year on record.

With more than 2,750 pregnancy help organizations located across the U.S., Godsey says the pregnancy help community is perfectly positioned to reach the many mothers who will need alternatives to abortion in the future.

“As the pregnancy help community continues to grow, there’s no doubt in my mind that together we will be able to meet the needs of our communities with the utmost compassion, whatever the future brings,” Godsey said.