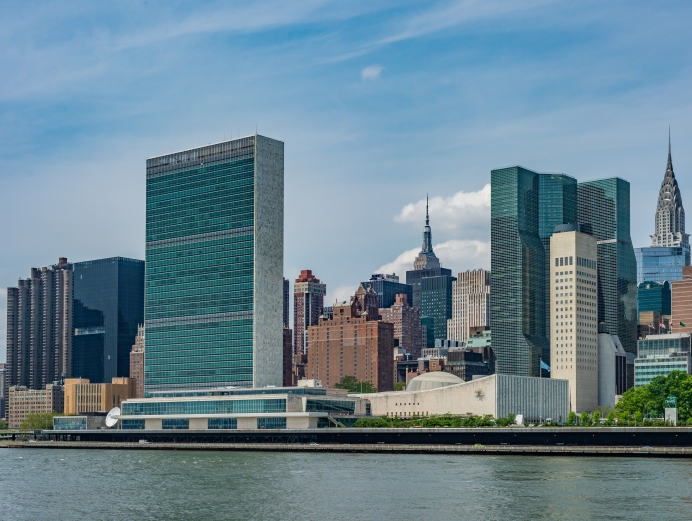 New York (C-Fam) Abortion groups made no progress at UN headquarters in the first UN conference on women since Joe Biden was sworn-in as U.S. President.

Countries who aligned with U.S. pro-life diplomacy only a few weeks ago when Donald Trump was in the White House blocked efforts of the Biden administration and the European Union to include controversial abortion-related terms and explicitly pro-abortion language in the annual agreement of the UN Commission on the Status of Women.

“The pushback against women’s rights continues,” said a German diplomat on behalf of the European Union during the adoption of the agreement. He was alluding to the fact that despite the Trump administration no longer being in power, there was still opposition to abortion internationally.

“The pushback may stall us but it will not impede the overwhelming momentum from Beijing Programme of Action from our reaching generation equality,” promised the German, as he referred to the Generation Equality Forum to promote abortion and LGBT rights that will take place next week.

“This commission must do better than treading water,” said Acting U.S. Representative to the Economic and Social Affairs Council, Courtney Nemeroff, lamenting the lack of progress in the agreed conclusions.

Nemeroff complained of a lack of respect during the negotiation process blaming countries for derailing the multilateral negotiation. Conservative countries refused to allow the U.S. and E.U. to railroad controversial sexual rights language that would be used by UN agencies to promote abortion, LGBT rights and sexual autonomy for children.

During the Trump administration Brazil took a back seat to U.S. pro-life diplomatic efforts but during the Commission on the Status of Women, Brazil insisted that any reference to “reproductive health” or “reproductive rights” should be qualified to exclude abortion rights.

In their statement following adoption the Brazilian Ambassador to the United Nations said Brazil did not support the promotion of “abortion as a method of family planning.” Several pro-life countries also made statements clarifying their national positions on abortion.

Tweet This: Brazil/other pro-life countries clarified their abortion position to the UN in the 1st conference on women since Biden became U.S. president

Just weeks into his presidency Biden adopted an executive order directing U.S. diplomats to promote abortion at the United Nations. The order commits the U.S. government to promote “sexual and reproductive health and rights,” a phrase coined by the global abortion lobby to get around established UN policy against an international right to abortion.

U.S. diplomats aggressively promoted the new phrase in the negotiations of the commission in recent weeks but were not successful, largely because of countries who worked with the Trump administration to develop a strategy to block an international right to abortion.

The agreed conclusions also did not explicitly mention LGBT issues, even though it included language about “multiple and intersecting forms of discrimination,” that is interpreted by UN agencies as a mandate for LGBT-specific programming.

Early last week[week of Mar. 15], right as the commission started the Holy See’s doctrinal office issued a statement denying the blessing of the Church to homosexual relations. The Holy See is an observer at the United Nations. While it can offer its views, it does not have a vote in UN proceedings though its views have the force of moral persuasion.