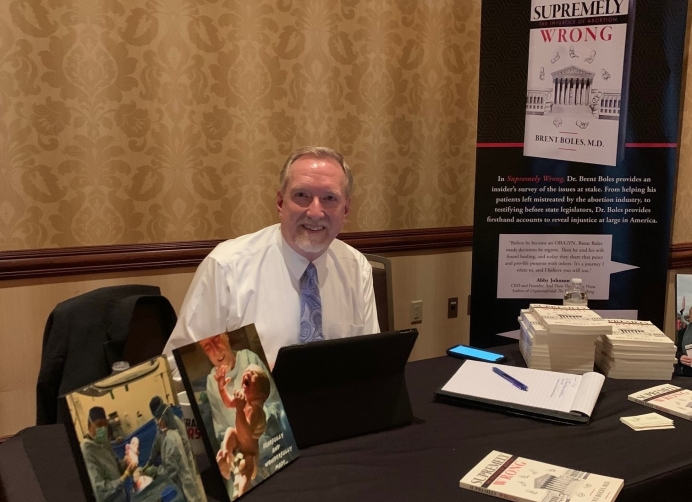 Heartbeat International’s Abortion Pill Rescue® Network (APRN) has a new medical director in an accomplished OB-GYN who believes that the right to life is principal among human rights.

Boles has been longtime supporter of Heartbeat’s work and has been serving as one of the APRN’s medical advisors.

Boles believes that life begins at conception and that abortion is a critical issue. He is a vocal proponent of abortion pill reversal, whether on social media or by testifying in support of laws in favor of the protocol.

“The abortion industry says that reversal doesn’t work,” Boles said when posting about his new role with the APRN., “but the 1,000+ providers who volunteer for the APRN beg to differ; as do the 4,000+ members of the American Association of Prolife Obstetricians and Gynecologists.”

“Exciting things are coming,” he said.

Boles has served in multiple leadership roles in university and healthcare settings and been honored with numerous awards in those areas. He has been the medical director for a Tennessee pregnancy help clinic since 2008 and served as an APR Network provider and on the APR Medical Advisory Team for the past three years. Boles has provided testimony for legislation that defends life and is the author of the book Supremely Wrong-The Injustice of Abortion and co-author with his wife Julie Boles of Should I?: Things to Consider Before an Abortion.

Boles and his wife reside on the gulf coast of Florida; they are parents of four children and grandparents of five grandchildren.

A mission to Reach, Rescue and Renew

Heartbeat International is the largest network of pro-life pregnancy help in the world, with nearly 3,000 affiliated locations in more than 70 countries.

Heartbeat manages the APRN, a network of some 1,000 medical providers and pregnancy help centers who facilitate abortion pill reversal (APR).

The APR protocol is a cutting-edge application of a long-time FDA-approved treatment used for decades to prevent miscarriage and preterm birth. It involves emergency, ongoing doses of progesterone to counteract the effects of the first abortion pill.

The APRN answers approximately 300 mission-critical calls a month from women who regret their abortion decision. Statistics show that more than 2,000 lives have been saved (and counting) through the abortion pill reversal protocol.

Boles will work closely with Heartbeat leadership to implement growth in Medical Impact strategies that serve the pregnancy help movement.

A bold champion for life with a servant’s heart

The announcement of his taking the new role of medical director was welcome news at Heartbeat.

“Dr. Boles is a skilled physician in his practice and a bold champion for life in the public arena,” said Heartbeat International President Jor-El Godsey. “He has been an integral part of Heartbeat's Abortion Pill Rescue Network Medical Advisory team since its inception, and we are blessed to have him serve as our Medical Director.”

Christa Brown, director of Medical Impact for Heartbeat International, expressed how bringing Boles on as medical director would foster the APRN’s ongoing growth.

“The Abortion Pill Rescue Network has grown tremendously in the last three years,” Brown said. “The addition of Dr. Brent Boles to our team as Medical Director provides the guidance and expertise needed to grow the network even further.”

“Dr. Boles has a servant’s heart and desire to walk alongside others who are dedicated to making abortion unwanted today, and unthinkable for future generations,” Brown added. “We are excited about his involvement and whole-heartedly welcome him to the HBI team.”

Human life begins at conception; Every living human being has the right to life

Boles explained that science is behind the stance that life is a human right warranting protection.

Tweet This: We who are pro-life hold this conviction because of our certainty, grounded in indisputable science, that human life begins at conception

“We hold the position that each and every living human being has that right to life,” he added, “whether they are born or unborn, and that this right is ours regardless of ethnicity, gender, economic status, level of ability, or level of wantedness.”

Another pro-life perspective, Boles said, is that as long as abortion is legal in the U.S. the abortion industry must be called to account for the ways it mistreats women.

“As long as a woman may legally choose to enter an abortion facility and procure abortion services, then she has the right to expect a facility that promotes itself as a healthcare provider to be as safe for her as any legitimate healthcare facility,” Boles told Pregnancy Help News.

In this country, legitimate medical facilities are held to high standards to safeguard patient safety, he said, and they comply with such regulation, accountability, and oversight.

Tweet This: “The abortion industry litigates to avoid compliance with regulation, oversight, and accountability” - @cbrentboles1

Another contrast between the pro-life community and its pro-abortion opposition, he said, involves the falsehood the latter perpetrates that pro-life advocates are lacking in compassion for women facing unexpected pregnancy.

“The abortion industry would have Americans believe that we in the pro-life movement are cold and calloused and indifferent to the needs of women facing an unplanned pregnancy,” Boles stated. “Nothing could be farther from the truth.”

Tweet This: The abortion industry would have Americans think the pro-life movement is cold/calloused/indifferent-Nothing could be farther from the truth

“We care about both the child and his or her mother,” said Boles, “indeed we care about the whole family, as evidenced by the hundreds of millions of dollars in services provided to such families free of charge every year by pregnancy centers all across America.”

The other side is desperate for America to believe that myth about the pro-life movement being uncaring, he said. 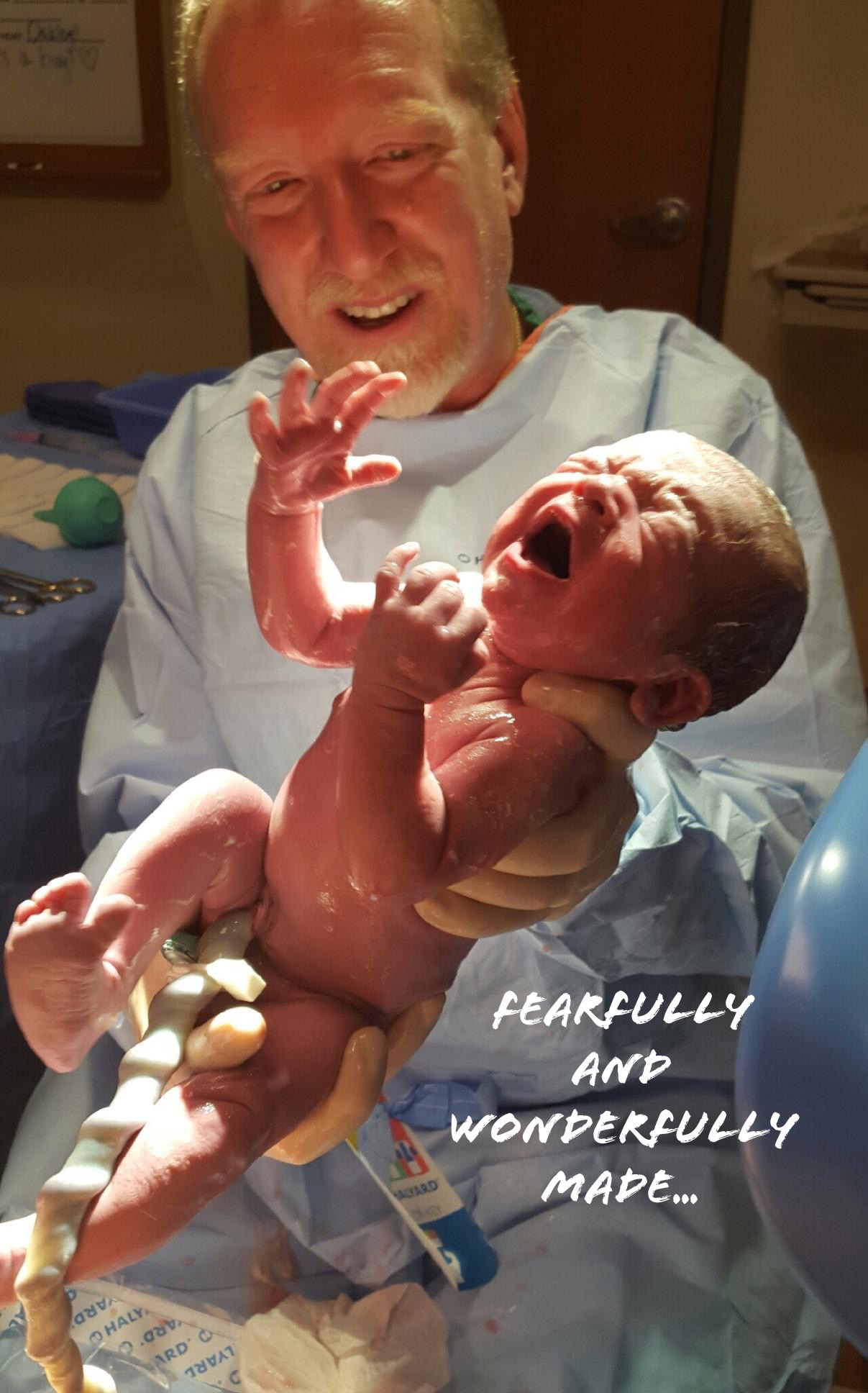 “But in this they are projecting their own cold calloused indifference to both the unborn child and his or her mother,” he said. “We see two human beings when we look at each pregnant woman, they see a profit center.”

“As the other side makes advances in providing mail-order abortions, we at the APRN are going to be working harder to provide the reversal services that many women desperately seek,” Boles added.

“At the Abortion Pill Rescue Network,” he said, “we have an unprecedented opportunity to intervene in this battle over the lives of unborn human beings and the women who carry them.”

Citing the popular pro-life saying, “Love Them Both,” Boles said, “We at the APRN really do.”