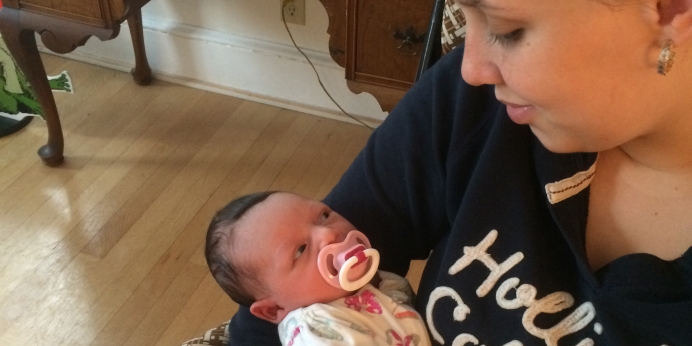 Asked What Sets Her Center Apart from Planned Parenthood, Ellen's Answer May Surprise You

Ask Ellen Cavallo what sets her pro-life pregnancy help center apart from Planned Parenthood and her answer might not be what you expect.

Stressing the active value her center has added to the community since its founding in 1992, Cavallo brought attention to the services Carolyn’s Place offers, including a 24-7 pregnancy helpline that has answered close to 39,000 calls, pregnancy testing, childbirth preparation and parenting education, as well as in-person peer consulting.

“When a young woman comes in for a pregnancy test and it’s positive, she has three options: abortion, parenting, or adoption,” Cavallo said. “I think in order to make an informed choice, she needs to hear the truth. So, we talk about abortion as a surgical procedure, we talk about some of the fallout—especially the emotional fallout, because I see women post-abortively. We talk about adoption, and we talk about single parenting.”

Bearing the name of the first of over 1,300 children who have been born through its efforts in the past two-plus decades, Carolyn’s Place effectively began a year before its founding, when a baby just a few hours old was left on the doorstep of St. John the Evangelist Church in nearby Watertown.

Discovered by the priest of the church, Rev. Robert Rousseau, he and a group of parishioners decided to remember the baby as “Carolyn Marie” after they saw to it that she was placed for adoption.

Her short time with the group—which included Cavallo—spurred the creation of what would later become Carolyn’s Place.

Tweet This: "No woman should ever have to face #pregnancy alone." #prolife #defundpp

“Our theme is really that no woman should ever have to face pregnancy alone,” Cavallo said in the interview. “I think anyone who’s gone through labor and delivery would agree with that. Most of the women I have seen over the years who are on the fence are there because they have no support, they really don’t know what to do.

“Sometimes there’s anger, sometimes there’s sadness—there are always tears. Listening to that, and saying to someone, ‘You know what, I can’t fix everything, but I can be there and I can walk with you as long as you want us to walk.’ That’s pretty much what we do.”

For his part, Camosy called pregnancy centers like Carolyn’s Place “vitally important,” saying that the 2,500 community-supported nonprofits in the U.S. represent “an astonishing area of common ground in terms of people who actually disagree on abortion.”

Camosy also explained the current effort to strip Planned Parenthood of taxpayer funding at the state and federal levels as an effort more accurately stated, “not just to defund Planned Parenthood, but to take that money and give it to federally certified community health centers, which outnumber Planned Parenthood clinics more than 10 to one.”

“What I think we need to focus on is, ‘How can we get this money to poor women who need it for their healthcare, but do it in a way that is non-violent, that doesn’t do the violent practices that Planned Parenthood does,’” Camosy said.