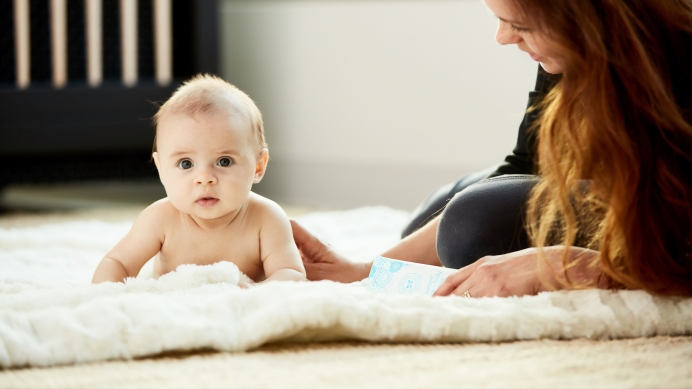 (Texas Score Card) Perhaps no issue in American politics is both more polarizing and insightful into the leftward shift of the Democrat Party than that of abortion. Spurred on by the federally funded juggernaut of Planned Parenthood and championed by an ever-increasingly progressive Democrat base, abortion has become not only normalized but celebrated by many across the country.

Yet despite much of American society tolerating abortion in the name of “personal rights,” there is still a courageous and ever-growing demographic that has decided to stand up for the lives of the unborn.

One of the most impactful of these groups is located in Austin, Texas. The Trotter House is a local organization making an impact on the frontlines for both the pro-life movement and family care, even in the heart of one of Texas’ most liberal cities.

Formerly called the Austin Pregnancy Resource Center, the newly renamed Trotter House sits right off of Guadalupe Street across from the University of Texas campus, serving as a welcome refuge for parents, future parents, and students in crisis throughout the city.

“The purpose of starting Trotter House was to offer a safe place for our community, for women and men and families to come in their time of need,” said Trotter House Executive Director Lori DeVillez in an interview with Texas Scorecard. “We meet them at the point of crisis to develop them long-term—not only to get through the crisis but also to be successful citizens in their communities.”

One such case was with a 13-year-old rape victim who, along with her mother, was homeless. The Trotter House not only supported her through the entire pregnancy but also helped the two women find a home, even continuing to provide care for the child through infancy.

Lori DeVillez serves as the Executive Director of the Trotter House

Tweet This: Trotter House not only supported the 13-yo through the entire pregnancy, but also helped the two women find a home. #ProLifeIsProWoman

Yet another story involved a student at UT facing an unexpected pregnancy. Though she anticipated opting for an abortion at Planned Parenthood, she was upset by the fact that they would not show her the ultrasound of her unborn child—something required by Texas state law. Visiting the Trotter House and receiving a sonogram there, she was able to see her child in utero and was so moved by the video that she decided to keep the baby—and with continued support, raised the child and was able to graduate from college.

The Trotter House’s services range from pregnancy tests and sonograms to providing baby products and even family counseling—and they make a point of keeping these services easily accessible to the community.

“All of our services are free of charge, and we receive no government funding—we are completely community-based,” said DeVillez. “We offer services from the pregnancy itself all the way to our life-skills program, where people can learn what they need to do to take care of themselves and their children.”

This holistic focus on both pre and post-pregnancy aid is seldom seen and is “a big part of what makes the Trotter House unique and special,” as emphatically indicated by their summer intern, Monica Orona.

Abortion supporters often accuse conservatives of being pro-life only up to the moment of birth. Yet the Trotter House recognizes that the needs are much greater; post-birth care, mental health support, and family counseling services are just as necessary. Services like these are provided by the organization.

Sonogram room at the Trotter House

“How many babies do you know that have chosen abortion? Babies don’t choose abortion, so how do you save the baby? You save the mom,” she said.

“We can step in and be that family and help them. And I think that’s important to show them that,” she added. “Whatever the needs are, show them that they have support—that’s what being pro-life means.”

Through family counseling and planning, including help for men and a unique redeemable point-reward system for clients, the Trotter House encourages traditional family values and structure—a premise that is increasingly rejected by the political left, yet is proven necessary for the stability and viability of a healthy society.

Further, the Trotter House has been watching recent pro-life legislation in Texas very closely and seems to agree with the consensus by many conservatives that the supposedly pro-life Texas legislature has not delivered on its promises. While states like Alabama have passed sweeping restrictions on the practice of abortion, Texas has remained relatively silent.“I think there’s a whole lot of work we need to do in the area of family. And family is a lot of including the men in the family. I believe God’s design that the man and the woman need to come together. The absence of men in the family is huge.”

“I really thought we would do more,” DeVillez said regarding this legislative session’s inaction. “Texas has lead our nation in the avenue of abortion, and we need to solve this right here in order to get it right for life.”

Perhaps with no other issue in modern politics are as many innocent lives on the line as that of abortion. Yet the seemingly never-ending contention and debate of the issue has led to complacency, even apathy for it—including among conservative circles.

As many Texans rally to support life, the Texas legislature has become noticeably silent (Source: Archdiocese of Galveston-Houston)

Yet as politicians and civilians remain stagnant, the Trotter House quietly continues its work in Austin, making a tangible, concerted advance in the fight for life. They work with genuine care, love, charity, and compassion to serve both before the pregnancy and long after birth. These are sentiments rarely seen today, but ones deeply ingrained at the Trotter House and embodied most beautifully by those working and volunteering there.

The abortion issue will not be resolved soon, and the fight is one that conservatives must bring back to the forefront. But at the very least, the Trotter House provides solace in showing that action is being taken and that such action is genuinely making a difference for the better.

Editor’s Note: This article was originally published at TexasScoreCard.com and is reprinted here with permission.