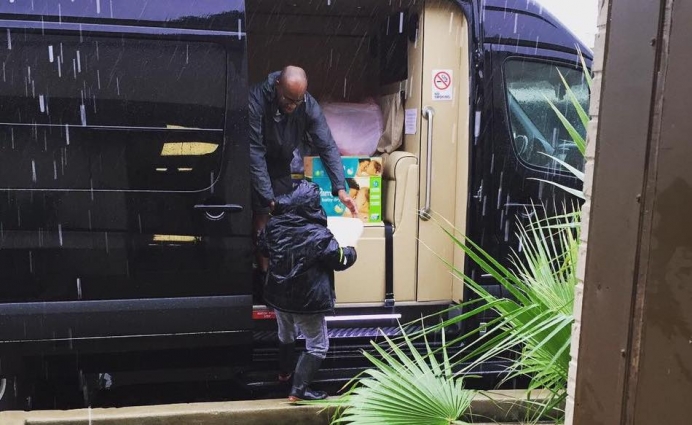 As Houston Braces for Harvey to Continue, This Pro-Life Effort is Still Serving Women in Crisis

With thousands forced from their homes and the city bracing to go at least one more round with Tropical Storm Harvey early this week, Houston’s Pregnancy Help Center has already joined the rescue effort, putting their mobile ultrasound unit back on the road Monday afternoon.

Though the center typically uses its mobile unit to offer free ultrasounds throughout the city, executive director Sylvia Johnson-Matthews said its primary purpose at the moment is to deliver needed material aid like diapers, wipes and baby formula to area shelters.

Johnson-Matthews—who is still evacuated from her own home—said it was crucial to get the van back on the road as soon as possible, both to serve her community and to remind her own team that they still have a mission to fulfill.

“I told most of the staff members, ‘We will break down and cry when this is over, but right now, we need to operate in our calling and our gifts, and be available to moms in crisis,’” Johnson-Matthews said. “Storms don’t stop the crisis pregnancies, they still continue.”

As of Tuesday morning, five of the center’s staff members were living in shelters, part of an estimated 8,000 Houston citizens who spent the night in temporary housing Monday night.

While Johnson-Matthews hopes to reopen the center’s downtown location by the end of this week, nobody has been able to get a good look at the Fifth Ward location—where the center serves over 350 women each month.

Serving one of the most impoverished areas of the city, the center’s Fifth Ward location is just three miles away from a Planned Parenthood mega-center—which itself is on high ground, but inaccessible due to flooding.

Although the abortion giant announced via Twitter that its locations in Houston and Louisiana are closed through at least Wednesday, Planned Parenthood’s history of seizing on crises to promote its deadly product was another key factor in Johnson-Matthews’ urgency to get into her community as quickly as possible.

Among a long track record of exploiting catastrophes, Planned Parenthood took advantage of the turmoil immediately following the terrorist attacks on the World Trade Center on Sept. 11, 2001 by offering free abortions in New York City and gave away chemical abortifacients in the wake of Hurricane Katrina in 2005.

Johnson-Matthews said she hopes to be offering free ultrasounds through the mobile unit by the end of the week.

“Our goal was to try and get that mobile unit out, because you know how Planned Parenthood tries to advertise reduced-cost abortions during disasters,” Matthews-Johnson said. “I needed to be the first on the street. I needed to beat them to that. I needed to be a ray of hope and to send a message to the Houston community that, ‘There are resources available for you, and we can help you if you are pregnant and in crisis.’”

As Johnson-Matthews has put the word out through Facebook and other social media outlets that Houston Pregnancy Help Center is still open for service, emails and Facebook messages have been coming in at a steady pace.

Tweet This: How one Houston #prolife group is pitching in to help in midst of #Harvey #HarveyRelief

“As a pregnancy center, we’re not cowering, we’re not retreating—even in the midst of a natural disaster,” Johnson-Matthews said. “This is who we are. This is what we do in crisis. This is why we exist.” 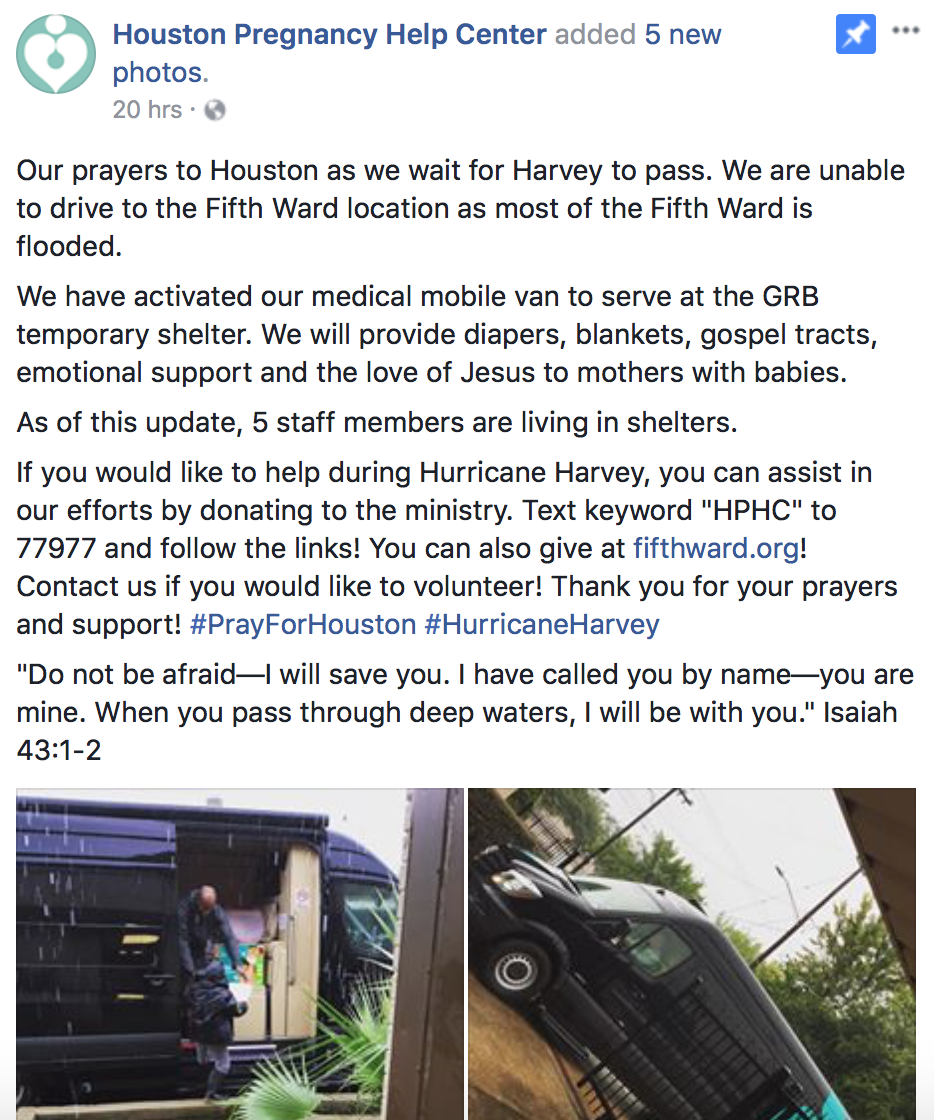