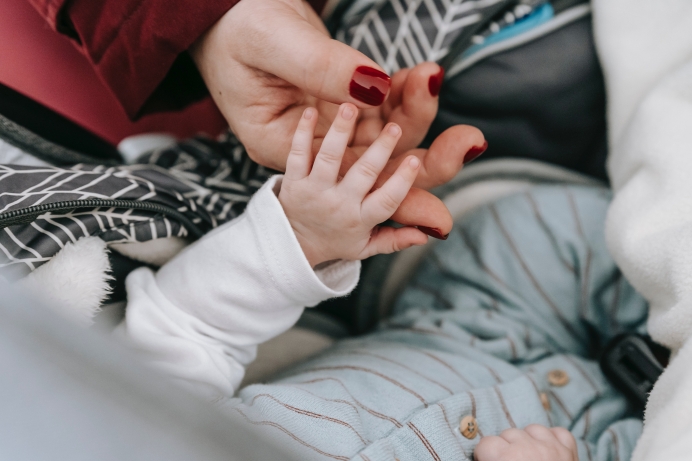 Serving with the Abortion Pill Rescue Network (APRN) as a hotline nurse is one of the greatest honors I have as both a medical professional and a pro-life supporter.

Being able to speak one-on-one with women seeking to reverse their chemical abortions gives those of us on the hotline a front-row seat to the true realities that they face when they have taken the abortion pill, regret their decision, and want to pursue reversal – and affords us the ability to offer them much-needed support and information.

This would make sense, given these abortion providers are whom the women approached for an abortion, and it is typical to pursue follow-up care with the medical party who initiated the procedure.

However, this is often where the mask is pulled off of the abortion industry’s much-touted “abortion care.”

Mifepristone is in a class of drugs called “selective progesterone receptor blockers,” which means that it blocks progesterone, the natural hormone in a woman’s body necessary to sustain her pregnancy.

After taking the mifepristone - which the FDA previously had required to be dispensed in-person by a certified medical professional in a healthcare setting after a physical exam of the woman, but now can be dispensed without these conditions due to loosened safety regulations – the woman takes the misoprostol a day or two later.

The mifepristone is meant to starve the baby of necessary nutrients and the misoprostol to cause her to go into labor and deliver her deceased child.

But things do not always go according to that plan.

According to the American Association of Pro-Life Obstetricians and Gynecologists (AAPLOG):

Mifeprex by itself is only effective at accomplishing embryo demise about 75% of the time. So, roughly one out of four women who take Mifeprex alone will have an unborn child in utero who continues to live.

We have heard from women contacting the APRN hotline in this situation who share that they were told by abortion staff that they must complete the abortion with the second set of abortion pills. They are told that there is no turning back.

Further troubling responses by abortion providers to women seeking information and follow-up “abortion care” have also included the abortion staff leaving women with the impression that taking the misoprostol, which is specifically meant to cause cramping and bleeding to expel the baby from the uterus, is less risky than not take any more abortion pills in hopes of continuing their pregnancy.

While it is possible for a woman to have heavy bleeding after taking mifepristone, that is not the intent of this medication. Rather, as stated above, it is to block the woman’s naturally occurring progesterone to destabilize her pregnancy.

While some women will unfortunately lose their babies after taking only the mifepristone, there are some women who, if they do not take the second abortion drug misoprostol, have their pregnancies continue on their own.

If a woman follows up with an abortion doctor after taking the first abortion drug, inquiring about how and whether it is possible for her to continue her pregnancy, and she is told it is not possible, she is being told a lie.

If she is told it is dangerous not to continue with the chemical abortion, that is deceiving as well, and exploiting her through fear.

Tweet This: If a woman is told it's not possible to continue her pregnancy after taking the first abortion drug - she's being told a lie.

This illustrates the need for better regulation for the risky chemical abortion regimen.

Without proper oversight of the chemical abortion process, it is also not clear whether these women are informed that taking the misoprostol could cause the exact same thing to happen.

Additionally, and sadly, some women seeking chemical abortion who have been informed of the possibility of complications are told to go to the emergency room and say that they are miscarrying.

This, at best, compromises their care in an emergency and is one example of why lax regulation means abortion statistics frequently are incomplete and do not always tell the whole story of what is really occurring with abortion in this country.

Abortion workers and advocates often claim they are helping women by offering (or pushing) abortion, and it is possible some may believe it.

But how is it helping a woman to give her incomplete or incorrect information, or to suggest in any way, should she need to pursue emergency care due to chemical abortion complications, that she be dishonest with the healthcare provider treating her in that emergency about having started a chemical abortion?

Tweet This: How is it helping a woman to give her incomplete/incorrect info or suggest she say she miscarried after a chemical abortion? It’s not.

This is scaring women by giving biased information. And it puts their health at further unnecessary risk.

So many of these women are being told half-truths and made anxious and scared by those claiming to “help” them.

It is false to claim that chemical abortions must be completed to be “safe.”

Tweet This: It is false to claim that chemical abortions must be completed to be “safe.”

Abortions by their nature are not safe. Trying to end a pregnancy, whether legally or illegally, always carries inherent risk to the woman, whether the abortion industry and its proponents want to admit it or not, and it is always an attack on the life of her unborn child.

Performing a chemical abortion without appropriate medical oversight, including an in-person exam by a medical professional prior to starting the abortion, and failing to provide comprehensive, accurate information without bias is not only a disservice to women, but it also puts them at great risk. This is part of the danger of at-home and mail-order chemical abortion.

I appreciate the opportunity to educate women who call our hotline on the actual ways that mifepristone and misoprostol work, when to seek emergency medical care in case of heavy bleeding, and ultimately about the fact that they can still change their mind and choose to try saving their child’s life after taking the first abortion pill.

Being able to tell them that there is indeed a safe reversal process available to them, if they wish to pursue it, being able to explain that process to them, and helping them get started are some of the best parts of my job.

The pregnancy help movement consistently offers accurate, complete information and real help to women in unplanned pregnancies – no matter what abortion apologists will claim. And the APRN does likewise in the case of chemical abortion and reversal. We have truth on in our corner.

Coming alongside these mothers to dispel their fears and offer them authentic assistance, truth, and hope, while working to save their unborn children, is the difference between life-affirming pregnancy help and a profit-focused abortion industry.