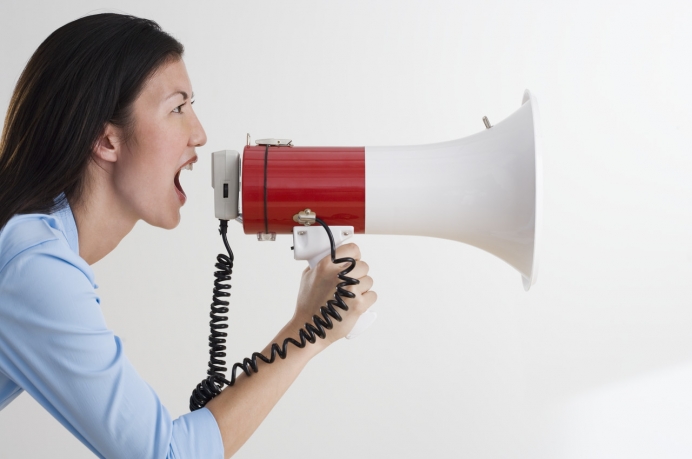 Abortion Fans Love Choice... Unless that Choice is Life

If 2015 ended with the abortion lobby encouraging women to #ShoutYourAbortion, 2016 is beginning on a distinctly different note.

The abortion lobby has a very clear message for 145 mothers who were in the process of undergoing an abortion but have since given birth thanks to the RU-486 Reversal process: Your story is a lie and your child is a myth.

The “medical myth” Ms. Knight Shrine is referring to is a process of reversing the effects of the abortion pill mid-process, which pro-life obstetricians and gynecologists have been implementing at the request of women since 2006.

One woman, "Jen," changed her mind after taking the first of two doses involved in the RU-486 regimen and reached out to her local pregnancy help medical clinic in Southern California. When she received her first dose at a Planned Parenthood, she was kept from hearing her baby boy’s heartbeat and falsely told he would suffer certain fetal deformity if she decided to get help.

Today, Jen’s baby is a year old and was born perfectly healthy at 7 pounds, 4 ounces.

Jen’s story—along with 144 other stories just like it—is an anti-science myth conjured by “anti-choice” radicals, according Ms. Knight Shrine.

“Obviously, the ‘pro-choice’ language has its limits in this case,” Heartbeat International President Jor-El Godsey said. “If a woman has an abortion, she is encouraged to ‘shout’ about it on social media. But, if she chooses to change her mind, her experience and the value of her ‘choice’ suddenly become null and void.”

Dr. George Delgado, M.D., F.A.A.F.P., and Dr. Matt Harrison, who lead the Abortion Pill Reversal team, have pioneered a process of blocking the effects of Mifepristone (the chemical used in the first round of a medication abortion).

The process relies on introducing an early dose of supplemental progesterone to block the effects of Mifepristone after it has been ingested.

Dr. Delgado, who also serves on Heartbeat International’s Medical Advisory Board, is medical director of Culture of Life Family Health Care and founder of AbortionPillReversal.com, which has built a network of 226 pro-life OB-GYNs across the nation.

“It is amazing to see the results of Dr. Delgado and Dr. Harrison’s work,” Godsey said. “There are 145 children alive today who would not have survived otherwise. These children serve as a forceful rebuke to propaganda like this.”