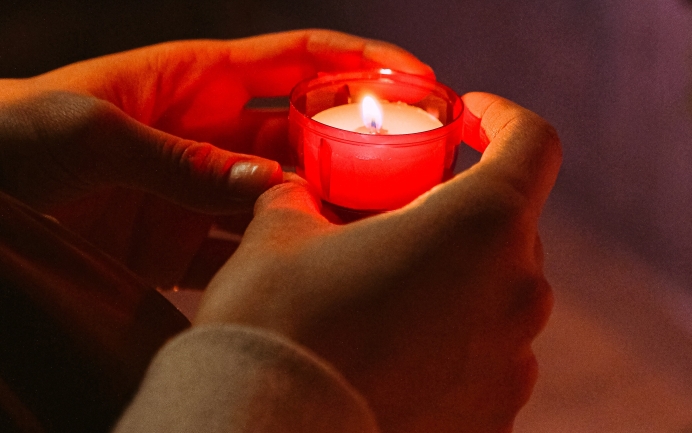 According to many abortion activists, a pre-born baby has no value. They claim these children have no rights, and even the term “my body, my choice” utterly and intentionally ignores the body of the developing child. This worldview was put on horrific display after the remains of a fetus at 17 weeks gestation was discarded recently into a dumpster at an abortion facility in northeast Ohio.

The body was reportedly discovered by Andrew Bliss, who worked with Citizens for a Pro-Life Society. He had earlier participated with the group in Red Rose Rescue missions, where volunteers enter into abortion facilities and try to convince expectant mothers to spare their unborn children. After one of those missions, he decided to stick around and search the trash containers.

The child’s body was largely dismembered, although his or her left leg, left foot and right hand were fully intact.

Photographic evidence was gathered, and the body preserved with the assistance of a funeral home.

Miller’s group then discovered more biohazard waste, along dozens of patient records in the trash at the abortion facility.

Ohio Right to Life subsequently filed complaints and the clinic is under investigation.

Dismemberment abortion is a common way of ending the lives of unwanted unborn children. The dumpster in question was in Cuyahoga Falls behind Northeast Ohio Women’s Center, an abortion facility which has denied the allegation that it improperly disposed of the fetal remains, medical waste and patient records in the dumpster.

Through a strictly legal lens, disposing of the child’s body in this manner would violate the state’s Unborn Child Dignity Act, which was signed into law in December 2020 by Ohio Governor Mike DeWine. It decrees that fetal remains need to be either cremated or buried.

The humanity of the unborn child in question, however, demands acknowledgement of the sanctity of his or her life.

The photos of the child’s remains have been viewed by Indiana Rep. Jim Banks. He said the images should be “a wake-up call for anyone who suggests that a 17-week-old fetus is a ‘clump of cells.’’

Those who have seen the images are horrified by them.

“Ohio Right to Life is heartbroken and appalled by the abortion industry’s utter disregard for human life,” Mike Gonidakis, president of Ohio Right to Life, stated in a recent press release. “This child suffered doubly at the hands of the abortion industry: first, by being subjected to a brutal death by dismemberment and second by the degradation of his or her broken body being dumped into the trash like garbage.”

At present, Ohio Right to Life is still pursuing those formal complaints with an assortment of government agencies.

“We'll be continuing to work closely with those agencies as this process moves forward through the proper channels,” Allie Frazier, director of communications at Ohio Right to Life, told Pregnancy Help News. “As the investigation progresses in the coming days, we are hopeful to that we'll be able to provide more updates and get justice for this innocent child and the women who were victimized by Northeast Ohio Women's Center. We have to hold this abortion facility accountable!”

This isn’t the first time the clinic had faced disturbing accusations, as it has a recorded history of critical violations.

The baby’s body is in the custody of a funeral director in Akron as of this writing, with the hope of a dignified burial at some point in the future.

This has been made possible because the pro-life movement recognizes that this child, among all unborn babies, does have value – no matter the circumstances around his or her life or death.

Tweet This: The pro-life movement recognizes that this child & all unborn babies have value – no matter the circumstances around his/her life or death.

And with this worldview on our end, we once again offer our prayers and mourn the loss of this innocent life.