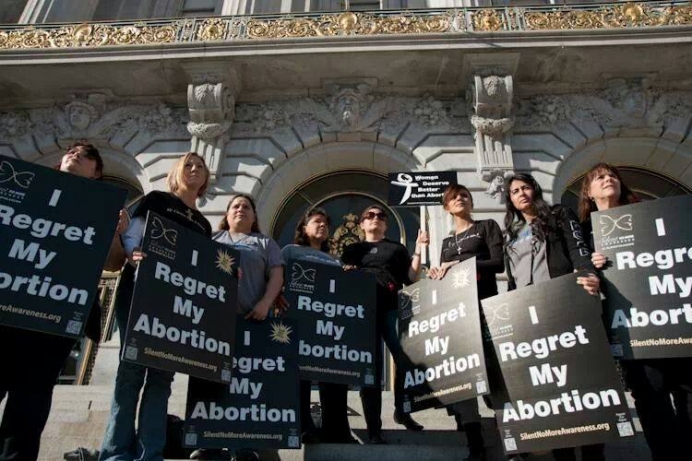 A new study aiming to show that most women don't regret their abortion is faulty, a U.S. scholar says, the study coming from a pro-abortion source and containing skewed results.

The study, published in the Social Science and Medicine academic journal, was unsurprisingly accompanied by a significant amount of sympathetic coverage from varying media outlets, Michael J. New points out, however, "most of the coverage has paid little or no attention to the limitations of the research."

The group behind the study, Advancing New Standards in Reproductive Health (ANSIRH) at the University of California San Francisco, "typically produces research with a pro-abortion bias," New writes in National Review.

Further, the study results are skewed, he says.

New, a visiting assistant professor of social research and political science at the Catholic University of America and associate scholar at the Charlotte Lozier Institute in Washington, D.C., points out that less than 38 percent of the women the researchers had asked actually agreed to take part in the study, making it probable the women who did agree to be part of the study may have either been more certain about having an abortion or had fewer moral qualms about getting one.

He also also notes that with the study tracking participants over five years, over time a considerable proportion of the women who originally agreed to take part either could no longer be reached or refused to answer follow-up surveys.

While 71 percent of women participated in an interview in the last two years of the study, he says, another survey from the same group cited in a 2017 JAMA Psychiatry article showed that just 58.4 percent of participants had responded to a survey five years after it was implemented.

"This information further skews the results," states New, "as it is likely that women who disappeared from the survey were experiencing more psychological suffering than women who responded."

He goes on to discuss another unique study published last November that looked at results from women who underwent abortions of wanted pregnancies.

Such abortions usually take place when the mother wants the child but had an abortion after being pressured by her parents or her partner, he explains.

That study found that any abortion increased the risk of depression, anxiety, or suicidality, says New, but the risk was much greater after an abortion of one or more wanted pregnancies.

"Of course," he says, "studies of this sort typically receive scant media coverage."

Tweet This: "Of course, studies of this sort typically receive scant media coverage"

The pro-abortion ANSIRH results and accompanying abortion-friendly media coverage come as the abortion lobby continues to fight pro-life legislation in states across the U.S., as it supports radical abortion expansion in others.

It also follows a halted abortion pill study that likewise intended to show abortion pill reversal to be flawed, but ended up reinforcing the risks of the abortion pill and likewise has enjoyed misleading media reporting favoring abortion.

Focus on the Family post-abortion healing

Coalition for Life/40 Days for Life

There will be a prayer service for those affected by abortion in conjunction with the national March for Life in Washington D.C. The National Memorial for the Pre-Born and Their Mothers and Fathers is an interdenominational prayer service that will be held at Constitution Hall in Washington, DC, 1776 D St., NW (18th and D St) on the morning of Friday, January 24, 2020. Doors will open at 7 a.m. for those who wish to attend Mass at 7:30. The interdenominational service will take place from 8:30 a.m. - 10:30 a.m. Admission is free, no tickets required, and large groups are welcome. Click HERE for more information on the event and HERE for directions and parking information.