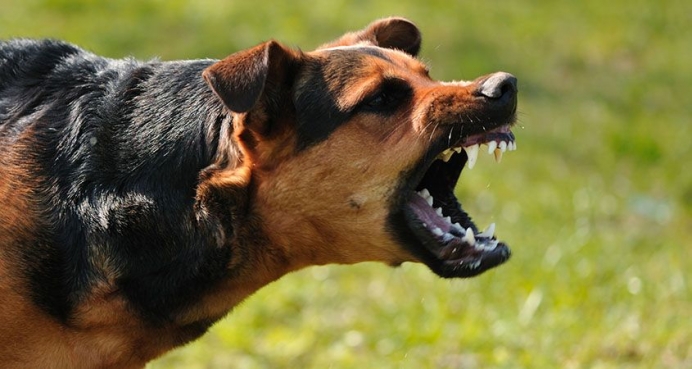 A Bark Worse than Bite.

After all, when you’re the only game in town, there’s no need to tend to pesky details like sterilization, hospital admitting privileges for surgical procedures, proper billing practices, mandatory reporting of sexual abuse, and—you know, telling the truth in general.

Faced with the excruciating—and, to be fair, impossible—choice between improving its own “services” and attacking the competition, Big Abortion is now responding as would any vicious creature caught between a rock and hard place.

Most conspicuously, 2015 and 2016 have been marked by a pair of bills passed through respective (loose usage noted) legislatures in California and Illinois to further force abortion upon women as their only options in an unexpected pregnancy.

In California, the so-called “Reproductive FACT Act”—which is currently in the courts—forces non-taxpayer funded pro-life pregnancy centers to choose between violating the law and violating conscience by referring their clients for taxpayer-covered abortions through a state-mandated disclaimer.

In Illinois, a bill sits on Republican Gov. Bruce Rauner’s desk that would fundamentally revoke the rights of conscience not only for community-based pregnancy centers, but for all pro-life medical professionals by forcing them to participate in abortions by providing a list of abortion providers to their patients.

As one 16th century monk put it, “To go against conscience is neither right nor safe.”

In the Golden State and the Land of Lincoln, it may not be safe to do what is right for much longer.

However, if past attacks on pregnancy centers in New York City, Austin (TX), Washington state, and Baltimore (MD)—the latter of which cost taxpayers a whopping $330,000—are any indication, both laws are more bark than bite, and are headed for the scrap heap of history alongside their legislative predecessors.

Ironically, even as Planned Parenthood circles the wagons against a categorically damning undercover investigation by David Daleiden and the Center for Medical Progress, the abortion lobby has turned its guns on the pregnancy help community with a counterstrike of delusional “exposés.”

Tweet This: 5 ways #Abortion industry is turning its sights on #prolife #pregnancyhelp

Cosmo’s startling revelations—including the jaw-dropper that pregnancy centers are predominantly run by Christian women who sometimes err on the side of needlepoint—came on the heels of similarly tepid reports from a NARAL-funded “undercover investigator” in California whose unsubstantiated claims against pregnancy centers nonetheless became the bedrock to the Reproductive FACT Act.

Never one to let reality get in the way of a good fishing expedition, the abortion industry has turned to local comics and even self-reported comedian Patton Oswalt to intentionally generate lies about pregnancy centers.

If an alien from another planet landed here tomorrow, try explaining this conundrum to him over dinner:

We’re willing to dismiss three years’ worth of investigation that videotaped dozens of felonies—each of which revolve around tearing apart unborn children and reselling their body parts—but we’re ready to go to war against pregnancy centers based on what we make up about them at comedy nights.

It’s the ultimate straining the gnat to swallow the camel, and unless your new alien friend is from the planet Bizzaro, one dinner isn’t going to be enough time to convince him.

While there’s nothing funny about comedians or anyone else fabricating lies, one element in the current wave of attacks against pregnancy centers turns out to be quite amusing.

In the history of Major League Baseball, 116 players have homered in their first-ever big league at-bat. Although it would be almost impossible to start off a career on a higher note—Cleveland’s Kevin Kouzmanoff hit a grand slam on the first pitch he ever saw in 2006—that first at-bat is hardly a predictor of what is to come.

The only Hall of Famer on the list? Hoyt Wilhelm, a pitcher whose first at-bat homer was the only he’d ever hit in his 20-year career.

The operative term is “sample size.” It’s really not a complex idea, but it has nonetheless eluded Big Abortion in its quest to rid the world of community-based nonprofits providing free ultrasounds and material goods like car seats to women who desperately need them.

In a recent “study” on pregnancy centers—of which there are over 2,500 locations, not counting maternity homes, mobile ultrasound units and nonprofit adoption agencies in the U.S.—Contraception cherry-picked one Indiana pregnancy center to extrapolate the rather conclusively titled, “What women seek from a pregnancy resource center.”

Before even touching on the credibility of the report, which we’ll tackle below, notice that, in extrapolating information meant to shed light on what’s happening in 2,500 places in the U.S., only one center is tabbed for the report.

The baseball equivalent? Take a ballplayer who homers in his first at-bat. Would you expect him to reach 2,500 homers 2,500 at-bats later? What if that was his only one in 2,500 at-bats—roughly three years as an everyday player?

Hard to tell with that small a sample, no?

Speaking of a flawed study, let’s talk more about the “pregnancy center” Contraception has filled with sugary goodness and hung from the oak tree out back.

Back in 2014, we ran an article on the nation’s first-ever truly “deceptive pregnancy center,” titled—appropriately, we thought—“Deceptive Pregnancy Center Set to Open in Indiana.”

What makes this pregnancy center deceptive—and therefore the poorest possible representation for a “study” on pregnancy centers—is it’s founded by the abortion industry and even linked to Backline, an abortion parody of 24-7 pregnancy helplines like Option Line that connect women in need to local life-affirming help.

Indeed, “All Options Pregnancy Resource Center” was established with the very purpose of pretending to be a pregnancy center. What’s that line about the highest form of flattery?

And which Pregnancy Resource Center do you think was used for the Contraception study? That’s right, All Options, hailed by radically pro-abortion outlets everywhere.

Look, if Tommy wants to swing away at a piñata, that’s fair game. What’s not fair game is if Tommy rigs his own piñata, fills it with his own candy, then proclaims himself Lord of the Backyard Confections before the party even starts.

At least wait for the other kids to get there, Tommy.

Right out of college, I took a job as a barista at a local Starbucks. As a constant coffee consumer—“addict” is a bit strong, I think—I thought the job would be great.

Turned out, I didn’t take to the job like I thought I would. The new college grad-sized chip on my shoulder made it a bit difficult for me to apply myself and a couple of weeks in, I still hadn’t learned any of the ingredients to a caramel macchiato.

Before long, I turned in my apron and Sharpie.

Now, if you want to get a good, broad understanding of what it’s like to work at Starbucks, I’m not the guy to talk to. I was only at one location a couple of weeks and that was the end of it.

Apparently, though, the chronicles of my short tenure at the local coffee shop is in high demand over at Vox.com, where a former pregnancy center volunteer tells her story of, “How my job talking women out of abortions made me pro-choice.”

Having volunteered at a center for a month or so in 2001, writer Suzie Meister enlightens readers to her short-lived, 15-years-ago experience trying to “talk women out of abortions.”

Light on facts and heavy on sweeping generalizations, Meister’s piece does little beyond regurgitate Big Abortion’s main beef with pregnancy centers: they’re run by Christians who are holding out a life-affirming alternative to abortion.

Where Meister’s piece does take on some life, however, is in her closing anecdote. Recounting her first and only experience sitting face-to-face with a woman as a peer counselor, Meister—who reminds readers of her famous run on a 2001 MTV show—sets the reader up for a mic drop moment.

It turned out the woman she was helping had come into the center after having been raped—a victim of the same crime Meister herself had, sadly, experienced as well.

To Meister, the specter of pregnancy through rape is where the pro-life position comes unraveled and a “pro-choice” outlook becomes a necessity. But that would be news to other rape victims who have chosen to carry their babies to term, or who—like Juda Myers—are themselves children conceived through rape.

Is the sort of “care” for rape victims offered at the local Planned Parenthood what Meister has in mind, where the crimes are swept under the rug and sexual predators walk away free?

That does not happen at a pregnancy center near you. And there’s your clue for why Big Abortion is so intent on stopping pregnancy help at all costs.