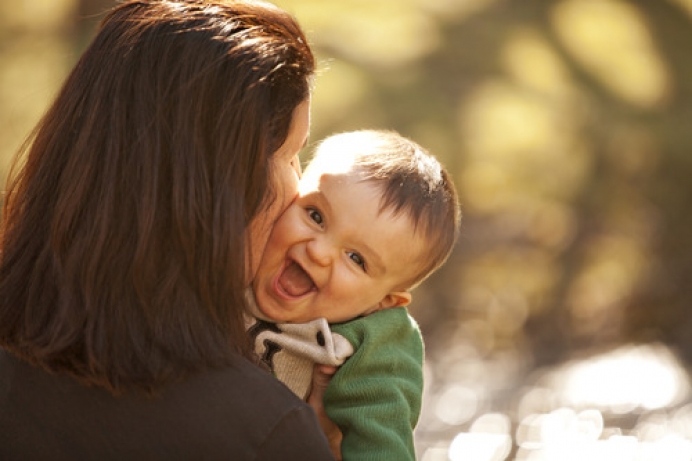 4 Horrifying Windows to an Anti-Child Mindset... From a Children's Book

Starting with his initial 1937 hit, “And to Think That I Saw It on Mulberry Street,” Dr. Seuss serves a prime example of a children’s book’s potential—and responsibility—to teach a lesson of virtue, truth and beauty.

His books touched on everything from the meaning of joy and Christmas (How the Grinch Stole Christmas), to the evil of racial bias (The Sneetches), to the responsibility of “bigger folks” to care for the little folks among us (Horton Hatches the Egg, Horton Hears a Who), to care for the environment (The Lorax).

Multiple generations of children have learned to try food before saying you don’t like it (Green Eggs and Ham), stick to your word even if it hurts (Thidwick the Big-Hearted Moose), and make the best of a rainy day (The Cat in the Hat).

The lesson that Dr. Seuss taught us—that behind every story lies an essential moral message—is not lost on at least one abortion enthusiast.

As The Blaze’s Mike Opelka and Newsbusters’ Katie Yoder have reported, a new book by Mary Walling Blackburn, “Sister Apple, Sister Pig,” makes an attempt at a light-hearted rendering of lost siblinghood through abortion.

Word by word, page by page, the disturbing reality becomes clear as day: We’re not in Whoville, anymore, Horton.

Here’s 4 of the most horrifying windows into the abortion mindset offered by Sister Apple, Sister Pig.

1. The sister never gets a name.

While the word “sister” appears 24 times in the text of this short book, there is no reference whatsoever to the sister’s name.

A name is an absolutely essential part of what it means to be a human being. It’s an expression of dignity that each of our parents bestowed on us at birth—or prior to our birth—and it’s one of the very first ingredients to that shape each of our identities before we are even aware of it.

Put another way, to deny someone their name is essentially to dehumanize them. At Auschwitz, for example, there were more than 400,000 serial numbers assigned to prisoners—their names stripped away from them and replaced by a number.

Hank Williams Sr. captured the importance of a name in “Lonesome Whistle,” a song covered by Johnny Cash about a boy-turned-renegade-turned-prisoner:

“All alone I bear the shame
I’m a number, not a name
I heard that long lonesome whistle blow.”

Peer counselors and group leaders often encourage men and women plagued by the guilt and sorrow of previous abortions to give their aborted child a name as part of the process of more properly memorialize their child.

Heartbeat International’s Healing the Effects of Abortion-Related Trauma (H.E.A.R.T), for example, encourages this step of the healing process, not just for parents, but for grandparents and even siblings of aborted children like Ms. Walling Blackburn and her young protagonist, Lee.

A second disturbing trend in this book is what appears to be the deliberate blurring and even elimination of the line between imagination and reality.

The book begins innocently enough, with Lee trying to sort out where—or what—his sister is, canceling out options like apples and pigs. As the book’s plotline becomes clearer, however, so does the pain of the past abortion experience for Lee’s father.

Standing in front of a pond, Lee and his father, “Papa,” have the following exchange:

Lee: “Does my sister live here?”

Lee: “Well, she used to live in Mama and doesn’t anymore. She doesn’t live with us. She lived before me, but Mama couldn’t keep her. Mama says she is a ghost.”

In one section of the book, young Lee—presumably 3 or 4-years-old—says quite plainly, “Mama had an abortion before she had me.”

This plain, unvarnished statement of truth is followed up by a troubling turn in conversation, however, as Lee then “reassures [his] Uncle,” with the following statement: “Sister is a happy ghost!”

Here is a book clearly dedicated to de-stigmatizing , de-guilting and de-shaming abortion, and yet, the only time it’s brought up, the characters are forced to resort to lying to the child.

Mama has told Lee his sister is now a ghost—and a happy one at that. Papa doesn’t know what to say, but allows his child to go on believing the half-truth that his sister “doesn’t live with us.”

Meanwhile, Uncle is relieved to move on from the dicey subject, and we are left to sort out what it means.

3. Masochism is replaced by homicidal narcissism.

One takeaway readers are expressly forbidden from indulging is to masochistically look for grief in the pages of this book.

“To Little Friends, earthly and unworldly [read this as, ‘aborted children’].
Masochists, look elsewhere; between these pages you will not find the ‘luxury of grief,’ culpability’s sharp sting or salty guilt.” (Brackets added)

Tweet This: Kids' book says no to masochism, yes to narcissism.

With masochism off the table, what Ms. Walling Blackburn offers in place is actually a terrifying brand of narcissism that exalts self-indulgence and convenience—even to the point of ending the lives of others to achieve this goal.

Watch where the frankly morbid conversation between Uncle and Lee went, shortly after Lee stated outright that his Mama had an abortion:

Earlier in the book, the following exchange takes place beside a quiet pond where Lee and his Papa are vacationing:

“I’m not sad that my sister is a ghost! If you kept my sister, you would be tired, and sad, and mad!”

“Because we would be wild and loud and sometimes we would fight.

Mama might be scared that she could not buy enough food for us.

Mama might not have enough time to read to me, to paint with me, to play with me, to talk with me....

Hey! What are you doing with my stick?!”

Though we’re not given the name of the pond, it becomes unmistakable that Papa and Lee are standing on the very edge of the Pool of Narcissus, lethally captivated by their own reflection.

4. A child’s “childness” is horrifyingly rejected.

Did you catch Lee’s concern for his parents in the paragraph above? If he weren’t an only child, his parents would be tired, sad, and mad because of all the noise and commotion he and his sister would make.

Lest we pass over the obvious, let’s note briefly that the proposed solution for the problem of noisy kids is to kill one of them. This is the real-life version of that awful joke in White Christmas: “How do you keep a dog from biting you on Monday? Kill the dog on Sunday.”

But this anti-child mentality is by no means relegated to the perverted—though non-masochistic—worldview Ms. Walling Blackburn puts forward. A 15-year-old law in Tokyo is now under review that requires children to keep their voices down to 45 decibels or below, which is about the volume of a bird whistle, and 15 decibels below an average conversation.

As the father of two children under the age of 5, I confess to being regularly “tired,” “sad,” and—let’s face it—“mad.” More often than I’d care to admit, I’m in the position of the cranky goldfish in The Cat in the Hat, agitated that my kingdom of order and solitude is now under attack.

Is this a problem to be solved by eliminating a child? Or could it be an opportunity to embrace for personal growth in virtues like faithfulness, honesty and self-control?

Somehow, I think I know which path Horton would choose.