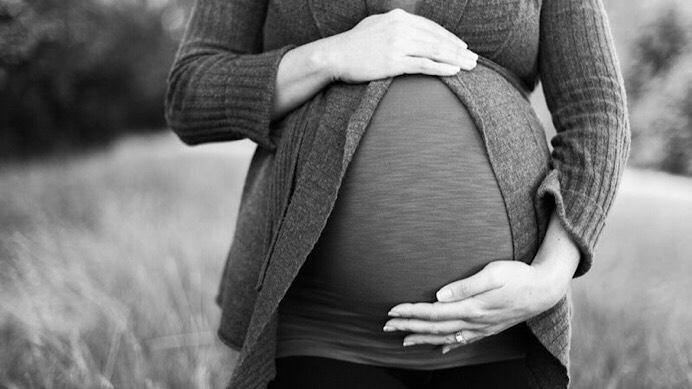 Just before the Christmas holiday, The New York Times dropped a bombshell story alleging the mistreatment of pregnant employees by the country’s largest abortion provider, Planned Parenthood. Although not exactly shocking, the article brings to light a few important points about the hypocrisy of the abortion industry and the lobbyists and politicians who defend them.

Specifically, it calls to mind three of the claims abortion activists have peddled about pregnancy centers, and demonstrates how each of those claims can more fittingly be applied to the abortion giant itself.

One of the most outrageous claims abortion advocates have levied against pregnancy centers is that they “put women’s safety at risk and jeopardize wanted pregnancies.” So say the studied and enlightened scholars of Teen Vogue.

And yet, here stands Planned Parenthood—center-stage in the country’s most preeminent newspaper—accused by more than a dozen current and former employees of pregnancy discrimination.

One of those former employees is Ta’Lisa Hairston, who gave birth via emergency c-section earlier this year after months of having her health concerns and requests for breaks ignored by managers.

Last winter, Ms. Hairston told the human-resources department for Planned Parenthood’s clinic in White Plains, N.Y., that her high blood pressure was threatening her pregnancy. She sent the department multiple notes from her nurse recommending that she take frequent breaks.

Managers ignored the notes. They rarely gave her time to rest or to take a lunch break, Ms. Hairston said.

“I had to hold back tears talking to pregnant women, telling them to take care of their pregnancies when I couldn’t take care of mine,” she said. “It made me jealous.”

To anyone aware of Planned Parenthood’s massive abortion practice, their lack of empathy or care for yet another pregnant woman will surely come as no surprise. In America, the organization committed over 300,000 abortions last year—about one-third of the country’s abortions.

Still, Hairston was one of their own. She believed in their mission and she thought she was safe in their hands when she found out she was pregnant. How very wrong she was.

One of the most grossly overstated complaints the abortion lobby has made about pregnancy centers is that they are taxpayer-funded.

According to its own annual report, approximately half of Planned Parenthood’s funding comes from taxpayer dollars. This point is addressed in last week’s Times article as a way of explaining why the country’s largest abortion chain doesn’t offer paid maternity leave to its employees:

While Planned Parenthood’s clinics and regional offices brought in about $1.5 billion in fiscal year 2016 — half from private donations and half from the government, to reimburse treatment provided to Medicaid patients — conservative lawmakers routinely threaten to kill its taxpayer funding. With their finances precarious, the clinics pay modest salaries to the employees who provide health care — abortions, cancer screenings, prenatal care, disease testing — to 2.4 million mostly low-income patients every year.

The operation’s finances are so precarious that Christine Charbonneau, who runs the Planned Parenthood regional office in Seattle, told The Times she’d have to close facilities to actually implement a paid maternity leave plan.

But despite its unsustainable financial state, the abortion business is capable of raising millions to support the campaigns of pro-abortion politicians.

As Dr. Grazie Pozo Christie pointed out in a recent column at The Hill, “Although Planned Parenthood does not offer paid maternity leave to its modestly compensated employees, it does use its enormous revenues to influence elections. For the 2016 elections, the corporation spent over $20 million to support the candidates committed to keeping tax monies coming to the company.”

This window into the abortion provider’s finances shows how utterly dependent they are on taxpayer funding—and how we as taxpayers are keeping open the doors of abortion facilities across the country.

“Choice,” “women,” and “care” are just a few of the words that outrage abortion activists when included in the names of pro-life pregnancy help centers—supposedly, because pro-life service providers can’t possibly be interested in choice, care, or the well-being of women.

The criticism is, of course, absurd to anyone who believes that abortion shouldn’t be a woman’s only “choice.” Nevertheless, the claim that pregnancy centers are “deceptively named” continues to make the rounds—even though it’s far more fitting for the likes of Planned Parenthood.

As countless pro-life advocates before me have pointed out, Planned Parenthood doesn’t so much help women “plan parenthood” as it does to quash it. Again, with abortion making up 96 percent of Planned Parenthood’s pregnancy services, the organization simply isn’t in the business of “parenthood,” planned or unplanned.

Not even for their own employees.

In Miami, one current and two former employees said that women at a Planned Parenthood office were scared to tell managers they were pregnant. One of them said that, in conversations with supervisors, colleagues would often volunteer that they were not planning on having children or were gay or single.

“It was looked down upon for you to get pregnant,” said Carolina Delgado, who worked in the Miami office until 2012. “I don’t think that any supervisor had to literally say it for us to feel it.”

As revealed through another interview, this anti-life culture isn’t unique to the Miami office:

A former hiring manager at a Planned Parenthood in California said that when internal promotions came up, supervisors openly debated whether candidates were likely to get pregnant in the near future and preferred those who were not. They declined to hire one pregnant woman and to promote one new mother, the employee said. (Under the federal Pregnancy Discrimination Act, it is illegal to consider whether a job candidate is or will become pregnant.)

With that, what more needs said?

The contradictions and deceptions of the abortion industry seem too obvious to need pointing out. But to a public largely unfamiliar with the scale and brutality of the corporation’s abortion business, these stories are tremendous and could be paradigm-shifting.

And as Big Abortion continues to hurl lies about pregnancy help centers into the ether, it’s important to remember where these lies come from: their own first-hand knowledge of how to deceive and mislead women into the darkness of abortion.